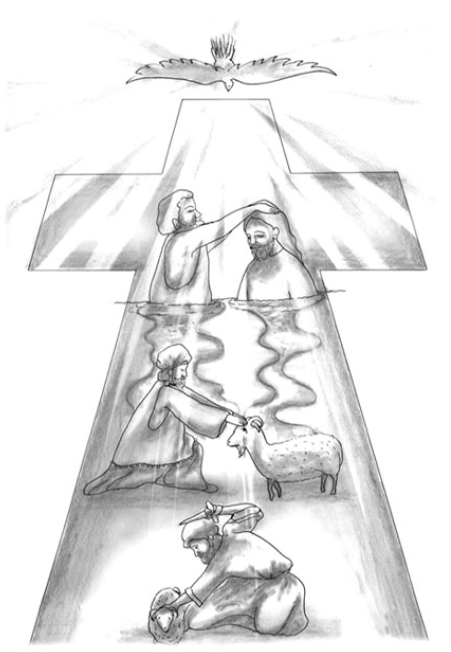 (Revelation 2:18-29)
The Church of Thyatira served the works of God with love, faith, and patience, and its deeds were getting better with passing time. But at the same time, it was a church that was plagued by an evil prophetess. Its wrongdoing, put differently, was that some of its members were deceived by this unrepentant false prophetess to commit idolatry and sexual immorality. The Lord thus demanded the Church of Thyatira to repent and to hold onto its first faith until the end. The Lord also promised that to those who defend their faith to the end, He would give power over the nations and the morning star.
Jezebel’s Baal
Jezebel was a Gentile princess who brought her pagan god, Baal, to Israel when she became the wife of King Ahab (1 Kings 16:31). Baal was a pagan god of the sun, an idol of Phoenicians whom people worshipped to wish for prosperity. Images of this god were carved out and worshipped, whereupon its followers prayed for the fertility of their family and land. This was similar to the general pagan practice of worshipping the earth and nature found throughout the world. For instance, conferring deity upon a large rock and worshipping it as a god is a common pagan practice of worshipping natural elements. Such religious practice and faith are held by those who follow pantheism.
With the introduction of this pagan religion by Jezebel, Baal became a great god of idolatry for the people of Israel. King Ahab, who used to worship only the true Jehovah God, came to worship Baal because of his marriage to this Gentile woman. Many Israelites followed his footsteps, abandoning their true God and instead committing idolatry with their Baal worship. They thus brought to themselves the wrath of God.
God rebuked the servant of the Church of Thyatira for allowing the faith of the false prophetess Jezebel into the Church. Commanding Jezebel and her followers to repent, God warned that He would bring great tribulation and destruction upon them if they disobey.
This means that the true church of God cannot allow wealth and material possessions to dominate its concerns. It means that today’s believers cannot worship the world as their god, as the Israelites worshipped Baal, the god of the sun, for fertility and prosperity.
3 John 1:2 states, “Beloved, I pray that you may prosper in all things and be in health, just as your soul prospers.” When we look at the Apostle John’s faith, we see that his first concern was spiritual prosperity. Prosperity for all other things followed, not preceded, John’s concern for the souls’ prosperity. How, then, has this faith changed in today’s world? It has been corrupted to a faith that only seeks the blessings of the flesh, putting worldly prosperity at the forefront of faith and disregarding any other concern for spiritual well-being. Many believe in Jesus not to enrich their souls, but only to enrich their flesh first.
There are many religious cults around us, as poisonous as drugs, that claim to give wealth and health to their followers in return for their worship. Jezebel’s Baal-worship was like this. People followed such cults to pursue only the prosperity and fertility of their own flesh.
In today’s born-again churches, some might resort to accommodate the faith of Jezebel to expand their congregations. But its logic is akin to having idols in the Temple of God.
Jezebel brought the pagan god Baal not only into Israel but even into the very Temple of Jehovah. This kind faith that pursues the prosperity of the flesh and worldly gains while remaining oblivious to the redemption of sin in Jesus is as wrong a faith as worshipping idols right before God’s very own eyes.
Today’s churches throughout the world preach from John 1:29 saying, “All your sins have ended, for Jesus took them away on the Cross.” They have turned the baptism of Jesus into a mere accessory, claiming that salvation is attained just by believing in Jesus somehow, even if one does not believe in His baptism. But the baptism that Christ received from John, the baptism with which He took upon all the sins of the world onto Himself, is not something optional that we can arbitrarily include or exclude. Treating and preaching Jesus’ baptism as a mere accessory of the gospel are akin to worshipping Baal.
Why, then, do these people preach the gospel without the baptism of Jesus? They do so because their hope is found not in the Kingdom of God, but in their worldly wealth on this earth. People who have this kind of faith are exactly the same as those who worshipped the pagan god of Baal.
Those who, having believed in the gospel of the water and the Spirit before, are now preaching only the blood of the Cross, must realize that they are committing a sin as grave as that of idolatry of Baal-worship.
No one can properly minister by setting his/her goal on the material gains of this world. Were the pastors to leave out the baptism of Jesus and preach only His blood on the Cross, they may be able to accumulate earthly gains of this world. But they must realize that neither is such faith the true faith, nor is such preaching the true preaching.
Looking at the passage of Revelation, we can see that the leader of the Church of Thyatira worshipped Baal in his Church, just as Jezebel had worshipped Baal.
If people do not believe in the gospel of the water and the Spirit, then the Holy Spirit can neither dwell in their hearts nor work in them. As the Apostle Paul tells us, “if anyone does not have the Spirit of Christ, he is not His,” whether or not one is the child of God is determined by whether or not he/she has the Spirit of Christ in the heart. The Bible tells us that those who do not have the Spirit of Christ are the abandoned.

Those Who Know and Preach the Baptism of Jesus