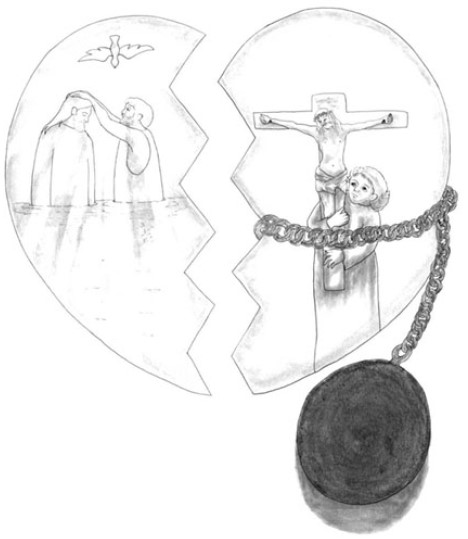 (Matthew 8:1-4)
“When He had come down from the mountain, great multitudes followed Him. And behold, a leper came and worshiped Him, saying, ‘Lord, if You are willing, You can make me clean.’ Then Jesus put out His hand and touched him, saying, ‘I am willing; be cleansed.’ Immediately his leprosy was cleansed. And Jesus said to him, ‘See that you tell no one; but go your way, show yourself to the priest, and offer the gift that Moses commanded, as a testimony to them.’”
They say that a leper hardly feels any subjective symptoms of leprosy until three years have passed since the virus first infected him. But from the fourth year, some objective symptoms appear slowly. And it takes three more years that he can no longer hide his infection from others, as its symptoms are fully revealed. This is the nature of leprosy.
Today’s scriptural passage describes Jesus’ healing of a leper. The event described in this passage actually happened, and through it, God is revealing the nature of our sins, and He is also telling us the truth that He has completely solved this problem of our sins.
The leper in today’s passage did not hide himself but came before Jesus as he wanted and asked Him to heal him, for he earnestly longed to be cured from his illness. This leper had faith that Jesus could heal any diseases, and that no one else but Jesus could cure him from his illness and make him clean. Jesus saw the faith of this leper and He fulfilled his wish, the same as in the case of the centurion later. We have to keep in mind here what Jesus really wanted to heal was not the physical illness per se, but the disease of sin.
Leprosy, here, indicates that in our hearts and bodies, there are sins that are just like this disease. From the very moment we were born from the wombs of our mothers, we were all born with 12 diseases of sin. When we were just babies, we did not realize that we were such wicked sinners, but once we grew up to a certain age, we came to realize our true selves, and we could not hide this from God. Then, we came before Jesus in faith, and said to Him, “If You are willing, You can wash me clean from all my sins.” This is how you and I have received the remission of our sins. When we have such faith that Jesus can heal us from all our sins, we can withstand any embarrassment.
Did Jesus heal this leper at once, or did it take more time for Him to heal him? The Bible says that Jesus healed him all at once. You must therefore realize that Jesus has not healed you from your sins in several steps, but He has healed you once and for all through the gospel Word of the water and the Spirit.
A woman suffering from a hemorrhage was healed and the fountain of her blood was dried up all at once when she touched Jesus’ garment by faith (Mark 5:25-34). Naaman, the commander of the army of the king of Syria, was also healed from his leprosy at once when he obeyed God’s Word by faith (2 Kings 5:1-14), and the leper in today’s passage, too, was healed at once as soon as Jesus’ hand touched him. If we only have faith in the Word of God, then we can all come to know and believe in the power of salvation that has made all our sins of mankind disappear, and by this faith, we can all receive the everlasting remission of our sins once and for all. Everyone’s disease of sin can never be healed step by step, but it is cured all at once by faith in His Word.

The Old Testament’s Offering of the Day of Atonement

The New Testament’s Offering of the Great Atonement