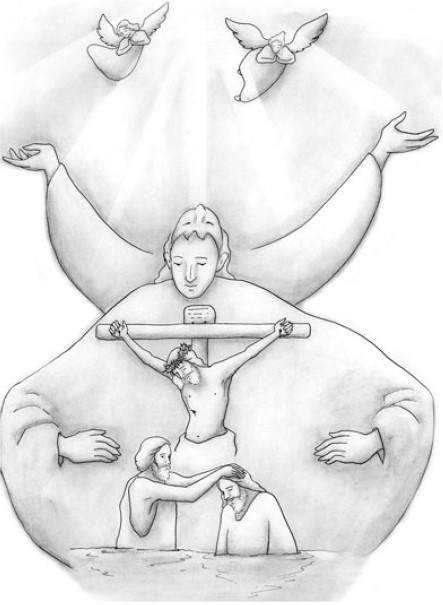 (Matthew 15:32-39)
“Now Jesus called His disciples to Himself and said, ‘I have compassion on the multitude, because they have now continued with Me three days and have nothing to eat. And I do not want to send them away hungry, lest they faint on the way.’ Then His disciples said to Him, ‘Where could we get enough bread in the wilderness to fill such a great multitude?’ Jesus said to them, ‘How many loaves do you have?’ And they said, ‘Seven, and a few little fish.’ So He commanded the multitude to sit down on the ground. And He took the seven loaves and the fish and gave thanks, broke them and gave them to His disciples; and the disciples gave to the multitude. So they all ate and were filled, and they took up seven large baskets full of the fragments that were left. Now those who ate were four thousand men, besides women and children. And He sent away the multitude, got into the boat, and came to the region of Magdala.”
When we focus on the last part of today’s Scripture passage, we can see just how abundant grace God has bestowed on mankind. The great multitude that was following Jesus Christ had not eaten for three days, and so they were starving. It’s written here that seeing them, Jesus had so much compassion for them that He said, “I do not want to send them away hungry, lest they faint on the way.” He then blessed seven loaves of bread and two fish and gave them to the multitude; they were then all filled and there still were seven baskets full of leftovers. Over 4,000 men were fed, besides women and children.
That there were seven baskets of leftovers means that God’s grace is boundless. How amazing is that there was enough food left to fill seven baskets even after feeding over 4,000 men, not counting women and children? God had blessed a lunch that consisted of only seven barley loaves and a few little fish and shared it with the multitude, but seven baskets full of leftovers were gathered even after 4,000 men were fed, besides women and children. This tells us that God’s grace is boundless and everlasting. It underscores just how important it is for us to have faith in God. The grace of God is that great. If God’s grace were not truly great, then it would be impossible for us not to be discouraged in our lives of faith.

God Bestows the Same Salvation on the Gentiles Also