[Chapter 5-4] Believing in God’s Righteousness, We Must Frequently Offer The Sacrifice of Faith (Genesis 5:1-32) 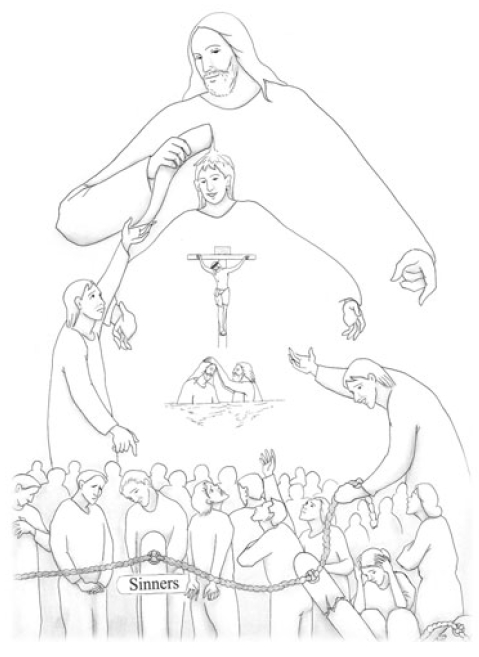 What Then Are the Specific Duties of the Priests of Righteousness?

A Spiritually Upright Priest First Offers His Sacrifice of Righteousness for Himself, and Then Preaches the Gospel of the Water and the Spirit to Others

The priests of the Old Testament made regular offerings twice in a day, in the morning and in the evening (Numbers 28:1-8). If we also bring our insufficiencies and weaknesses by believing in the gospel of righteousness through which the Lord has blotted out all our sins, and present our offering of faith day and night, then we will gain many spiritual benefits, and we will also be able to run toward God successfully. Simply put, if you offer your sacrifice of faith as often as possible, you will be filled with the Holy Spirit. On the other hand, if you neglect your sacrificial duties as a priest, then you will turn into a priest without the fullness of the Spirit. What, then, should you do in order to lead a life of faith that’s filled with the Spirit? You should sacrifice as often as possible. What should you do to preach the gospel well? You should present your offering of righteousness as often as possible.
If our hearts are darkened, and if we find it difficult to live spiritually even though we yearn to do so, then this is all because we haven’t made the offering of faith faithfully enough. There is no other conclusion to be reached. If your heart is dark and you have no fullness of the Spirit, even though you clearly love God and your heart undoubtedly desires to serve the Lord more, then it’s because you have failed to offer your sacrifice of righteousness frequently enough. It’s critically important for the righteous to offer every day the sacrifice of faith to God—that is, the offering of faith. This is absolutely indispensable for all the born-again righteous people.
The forefathers of faith listed in today’s Scripture passage were exceptional priests before God. Beginning with Adam down to Seth, Enosh, Cainan, Mahalalel, Jared, Enoch, Methuselah, Lamech, and Noah, they were all spiritual priests. And you and I who have inherited their faith are also God’s priests. The very moment we were born again to become God’s children by believing in the gospel of the water and the Spirit, God entrusted us with priesthood, and therefore we have the duty to faithfully fulfill this priesthood.
What have we learned from today’s Scripture passage? We have learned that God has raised us as His priests to carry out the work of saving mankind. We have also realized from this passage that priests are not made by themselves, but are appointed by God from the beginning, that is, from the first man Adam. Furthermore, we have now come to know that God made us humans be born again as holy people in the likeness of His image, and took us in as the priests of His righteousness. Therefore, it is not strange at all that we have become righteous people and God’s priests in this present age, and we have also come to realize that this is congruent to God’s intention that was set from the beginning to bless us.
There is now nothing strange about the fact that we the believers in the gospel of the water and the Spirit are God’s priests. Before, it may have seemed as if priests had existed only in the age of the Old Testament, and their priesthood may have seemed to be hardly related to us, but that is not the case. We have come to realize and believe, “It is a statute of tradition for those who believe in the gospel of the water and the Spirit to take on priestly duties before God. This was appointed by God from the very beginning, and it is the unchanging Truth. We are now standing on a blessed place.” So we the believers in the gospel of the water and the Spirit are truly blessed.
While reading today’s Scripture passage, I’ve come to the following realization: “Ah, how true it is! We the born-again righteous people are the priests of righteousness in this world, and therefore, we should offer such sacrifices of faith as often as possible for ourselves, for our brothers and sisters, and for everyone else to whom we’ll be preaching the gospel. So how far the gospel is spread depends on how often we the priests offer the sacrifice of righteousness.” Do you also think so?
How, then, should we lead our lives of faith? We should offer the sacrifice of faith as often as possible for both the sinners of the world and ourselves. Our lives of faith will then be filled with the light, and we will be able to walk with God just like Enoch.
תנאים והגבלות מדיניות פרטיות Cookie Declaration צור עימנו קשר