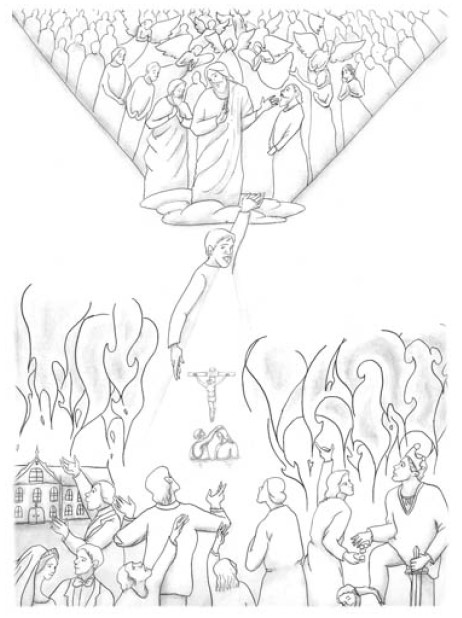 (Luke 17:26-37)
“‘And as it was in the days of Noah, so it will be also in the days of the Son of Man: They ate, they drank, they married wives, they were given in marriage, until the day that Noah entered the ark, and the flood came and destroyed them all. Likewise as it was also in the days of Lot: They ate, they drank, they bought, they sold, they planted, they built; but on the day that Lot went out of Sodom it rained fire and brimstone from heaven and destroyed them all. Even so will it be in the day when the Son of Man is revealed. In that day, he who is on the housetop, and his goods are in the house, let him not come down to take them away. And likewise the one who is in the field, let him not turn back. Remember Lot’s wife. Whoever seeks to save his life will lose it, and whoever loses his life will preserve it. I tell you, in that night there will be two men in one bed: the one will be taken and the other will be left. Two women will be grinding together: the one will be taken and the other left. Two men will be in the field: the one will be taken and the other left.’ And they answered and said to Him, ‘Where, Lord?’ So He said to them, ‘Wherever the body is, there the eagles will be gathered together.’”

What Sort of Era Is It Now?