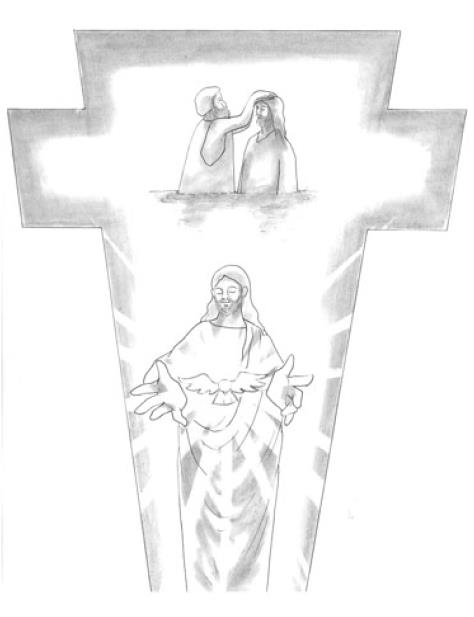 (2 Kings 5:15-19)
“And he returned to the man of God, he and all his aides, and came and stood before him; and he said, ‘Indeed, now I know that there is no God in all the earth, except in Israel; now therefore, please take a gift from your servant.’ But he said, ‘As the Lord lives, before whom I stand, I will receive nothing.’ And he urged him to take it, but he refused. So Naaman said, ‘Then, if not, please let your servant be given two mule-loads of earth; for your servant will no longer offer either burnt offering or sacrifice to other gods, but to the Lord. Yet in this thing may the Lord pardon your servant: when my master goes into the temple of Rimmon to worship there, and he leans on my hand, and I bow down in the temple of Rimmon—when I bow down in the temple of Rimmon, may the Lord please pardon your servant in this thing.’ Then he said to him, ‘Go in peace.’ So he departed from him a short distance.”

General Naaman Had to Cast Aside His Own Fleshly Thoughts

Today, I would like to explain to you what we must all know to live out our faith. It’s written here in today’s Scripture reading that General Naaman was healed from his leprosy by Elisha, a servant of God. Naaman was the commander of the army of the king of Syria, and although he was a greatly honored man who made huge contributions to his kingdom, he was also a leper. At that time his leprosy was getting so bad that he was struggling to lead a normal married life or take care of the affairs of the kingdom. In his house during that time was a young girl from Israel working in his household as a slave brought in by captivity, and this Hebrew girl told Naaman’s wife that if only her master could go and see a prophet in Israel, he would be healed from his leprosy for sure. Upon hearing this good news, he went to Israel as a last-ditch effort, and as was the custom, he took the Syrian king’s personal letter to the king of Israel. The king of Israel then sent Naaman to God’s servant Elisha.
On his way to see Elisha Naaman went through great deal of anxiety and expectations, thinking, “If this man really is an able servant of God he will immediately lay his hands on my body, pray over it and heal me. He will also treat me with great respect and hospitability.” However, contrary to his thoughts, Elisha just gave instructions through his messenger, saying to Naaman, “Go and wash in the Jordan River seven times.” General Naaman was taken aback at this approach and became extremely offended upon hearing this by this messenger. Furious with anger and disappointment, Naaman muttered to himself, “This Elisha didn’t even bother to come in person to receive the Commander of the Army of a Great Power! He disregarded me and my important position and just sent out his messenger to tell me that I should go to the Jordan River and wash myself seven times in it. Does he think I came all this way to just to wash myself in a river in Israel because there is no river in Syria? What absolute rubbish in this! The Abanah and the Pharpar in Syria are a hundred times better than this dirty Jordan River. The Jordan River only flows like a real river when there is a flood, otherwise it’s just a little meandering creek! How dare he tell me to wash my body in these muddy waters of the Jordan! Does he think I have no other river? I can’t stand the idea of washing myself in such a filthy river! How rude and disrespectful! Let’s go home! We will come back with the Syrian army and wipe out this whole country!”
However, Naaman’s servants who were accompanying him admonished him to rather listen to Elisha, appealing to him, “General Naaman, if the servant of God had told you to do something more difficult, wouldn’t you have done it? It’s not that difficult to wash your body in the Jordan River; since Elisha told you to do something so simple, why not just do it? Since you want to cure your illness, shouldn’t you be willing to do anything Elisha tells you to do, even if it were a lot more difficult than this? So, please do as Elisha said. If it doesn’t work, then we can consider our options and decide whether or not we should come back with our army and invade Israel.” After listening to his servants’ advice, Naaman changed his mind and went to the Jordan River, and dipped himself in the river seven times. Up until the sixth time he dipped his body in the Jordan, he still was covered in leprosy. However, when he dipped his body the seventh time, his leprosy was gone, cured completely!
Because of leprosy, his flesh had been rotting away and weeping sores in his skin had been oozing badly, but he was now completely healed, and his body turned all soft and clean like that of a little child. After being completely healed from leprosy in the Jordan River, General Naaman went back to Elisha and said, “The God of Israel alone is the true God. Please accept these treasures as my gifts of thanks to you.” But Elisha declined, saying, “Absolutely not. I will not receive anything from you.” Despite Naaman’s efforts urging Elisha to accept his gifts he refused to accept any gift from him. So Naaman said to Elisha, “I am about to return to my home. I have a request to make. Please allow me take some earth from here. Once I return to my country, I will not worship any other gods but the Lord God.” Elisha consented to his request. Naaman then said, “Please forgive me for this one troubling thing, you see, my king worships idols in the temple of Rimmon. I have to assist him when he bows before the idols, and so I have no choice but to bow with him.” Elisha then said to him, “Go in peace.” And, we see the Bible saying, “So he departed from him a short distance.”
With this, General Naaman’s spiritual blessings were over. It’s clear that Naaman received God’s grace of healing by listening to and obeying His Word from Elisha, a servant of God. For lepers, there is no grace of God greater than being healed of this terrible debilitating disease. This also refers to the remission of sins that you and I have received. It is symbolic of the fact that we have received the remission of sins, once and for all, by believing in the righteousness of Jesus Christ. We must pay attention to these words, “So he departed from him a short distance,” which has the meaning, even though Naaman had not gone a short distance away from Elisha, his life of faith was now over.