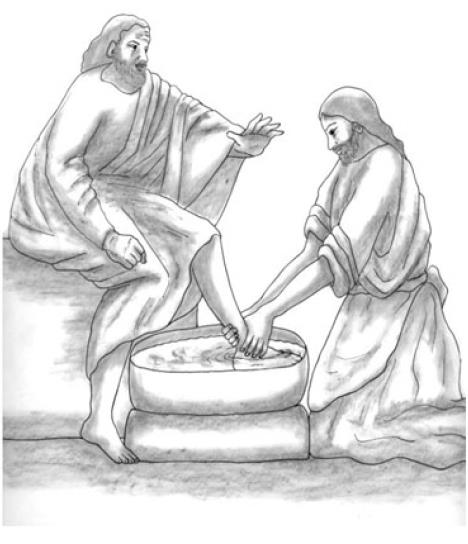 The Lord Has Raised Us up as God’s Workers

Jesus said to Peter, “When you were younger, you girded yourself and walked where you wished; but when you are old, you will stretch out your hands, and another will gird you and carry you where you do not wish” (John 21:18). This means that the Lord raised Peter as the leader of the Church, to head the Early Church. The Lord also raised all his colleagues as God’s workers and little shepherds. And He entrusted them to serve His gospel. God has done the same to you and me also today. Are you thinking to yourself, “I am too inadequate to do God’s work. I’m made out just to be a layperson”? But that’s not the case at all.
There are several praises in our hymn book that were composed by our Brother Minwoo. I do consider him as just a layman. I have not spent much time with Brother Minwoo, nor have I spoken with him that much; I only saw him a few times in the Church. However, when I look at the lyrics of the hymns he composed, I can see that this brother has so much spirituality in him. I have a heartfelt respect for him. I do not look at people just in the outside appearance. I know who composed each and every one of these hymns. Although I don’t share everything in my mind with you, I can see that it is all God’s work. So I want to work with Brother Minwoo as a co-worker. I want to work not only with Brother Minwoo, but with all of you. We are all God’s workers. It’s not the case that some of us are laypeople and some of us are ministers. Each and every one of us is God’s worker. We are all ministers. We are all shepherds. Don’t you agree? It’s just that the task entrusted to each of us is different; all of us are God’s workers.
My fellow believers, the Lord loves us so much that He has blotted out our sins, made us God’s own children, and given us everlasting life. He has given us the Kingdom of Heaven. And even at this very moment, He is working together with us. Therefore, my fellow believers, we lack nothing to live as God’s workers. You and I are the servants of righteousness who are more than able to please the Lord by submitting to His work and obeying His commandments by faith. That is who we are. Do not be bound by yours own weaknesses, only to submit yourself to Satan’s desires.
The Devil attacks us by exploiting our human weaknesses. He tries to make us stumble over our human failures, saying to us, “What can you ever do when you are so worthless?” We are of a fundamentally different seed from the Devil. The people of this world are of the Devil, whereas we are of God. We can all follow the Lord by faith. All that you have to do is just believe in what the Lord has given you and follow Him. That is what every servant of righteousness does. The Bible says that the just shall live by faith alone. I’m so thankful to our Lord for this.
Although I don’t know as much compared to our Lord, I still know very well that our ministers, our brothers and sisters, and our coworkers abroad are struggling with their weaknesses. But such weaknesses don’t matter to me. All that I ask is that you remember the blessings the Lord has given you, and that you accept the will of the Lord. You will then become the Lord’s worker. No one can carry out God’s work by themselves, but together we can fulfill this work. We can all become the instruments of righteousness. We can all come into the Lord and live a life that’s pleasing to Him as the instruments of righteousness. I consider not just Brother Minwoo as an instrument of righteousness, but all of you also. I have no doubt that you can all become faithful workers. Do not bind yourself in your own weaknesses. The Lord will be saddened if you do so and say to you, “Is that all that I have given you?”
Imagine for a moment that someone gave you a box full of sparkling diamonds. But let’s say that you are still going around in rags. What would the person who gave you the box of diamonds think? He will be ashamed, thinking to himself, “Is that all that I have given him?” So would Lord feel the same way if we were not to recognize just how much He has given us. We have nothing to be ashamed of. We are the servants of righteousness. We are the instruments of righteousness. There are so many blessings we are yet to receive, both earthly and heavenly riches that words cannot even describe them all. So let us all live by faith as the instruments of righteousness on this earth and follow the Lord until the day we see Him face to face.
Terms and Conditions Privacy Policy Cookie Declaration Contact Us