[3-22] The Righteousness of the Lord Is Absolutely Necessary for Us Who Always Commit Sin (Matthew 9:9-13) 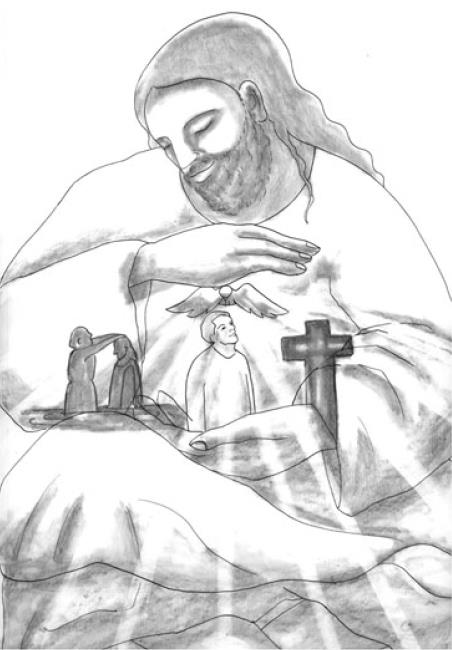 We commit sins always 24/7, so we need the righteousness of the Lord each moment, each day, each week, each month, each year, and during our whole lifetime. We always need the grace of the Lord who came to this world and took up all our sins upon Himself once and for all by receiving the baptism from John the Baptist. We always need that grace of salvation that was accomplished by the Lord who received the judgment on the Cross because He had taken all our sins upon His flesh by being baptized by John the Baptist. Why is it like this? It’s because we humans commit sins everyday because we are lacking. You and I need the Lord’s grace everyday and we are all sick from a spiritual point of view. We always need the righteousness of the Lord because we are all insufficient. In order to blot out all our sins, our Lord received the baptism, was crucified on the Cross, and became our Savior by being resurrected from death. Hence, we need this grace of salvation everyday. We must always abide in the grace of salvation which our Lord has given. While living in this world today, tomorrow, and everyday, we always need the grace of salvation which the Lord has given us by the gospel of the Water and the Spirit.
We have here today a brother who just returned to Church after two years of military service. A young brother like this might fall into many sins while living in a place without God’s Church. At such times, such a young man needed this grace of the Lord who saved us by coming to this world, taking all our sins by being baptized by John the Baptist, and being crucified on the Cross. The people who are in God’s Church now also need this grace of salvation everyday. Our Lord took all our sins upon Himself once and for all and received the judgment for all our sins because you and I are insufficient. Dear fellow believers, do you need the grace of the Lord everyday, or don’t not? You do need it everyday. The Lord saved weak people just like us who need His grace everyday.

However, Some People Come before the Lord to Boast of Their Own Righteousness instead of Seeking Mercy from Him

Religious practitioners come to the Lord to continually boast of their good works saying, “Lord, I have done many righteous works during this week. I have done volunteer work three times this week. I have offered up much money, tithed much, offered up much offering of thanksgiving, and witnessed about You much during this week.” They bring their own righteousness like this whenever they come before the Lord.
However, how about the people who truly know and believe in the Lord’s love, the people who know and believe that the Lord has blotted out all their sins by the gospel of the water and the Spirit, and that the Lord has become their eternal Savior? Contrary to these religious practitioners, they seek the mercy of God whenever they come before the presence of God, whenever they pray, and whenever they offer up worship in a service. They come before the Lord in a powerless state since they know their shortcomings before the presence of God. Therefore, such people sing praises to the Lord and think about the lyrics of that praise song and acknowledge that they are really such people. And they thank the Lord who really saved them who are like that and ruminate on the gospel of the water and the Spirit again. And they receive new strength spiritually as they do this. They receive new strength spiritually by praising the righteousness of God and go back and do the works the Lord has entrusted to them.
How about you then? Do you belong to the category of these religious practitioners or not? Someone who depends on the grace the gospel of salvation which the Lord has given is someone who seeks the mercy of the Lord. Such people are pleasing to the Lord’s heart. Those who live like this are approved by the Lord. Occasionally there are times when we also are full of our own righteousness when we come before the presence of the Lord. And there are times when we come before God by being filled with the Holy Spirit. However, you and I are not like that every moment of the day. What is important here is that the Lord is pleased with those who come before Him by having faith of knowing and believing in the righteousness of the Lord and the love of the Lord and give glory to God. God accepts such people.

We Were All Sin-Sick Souls