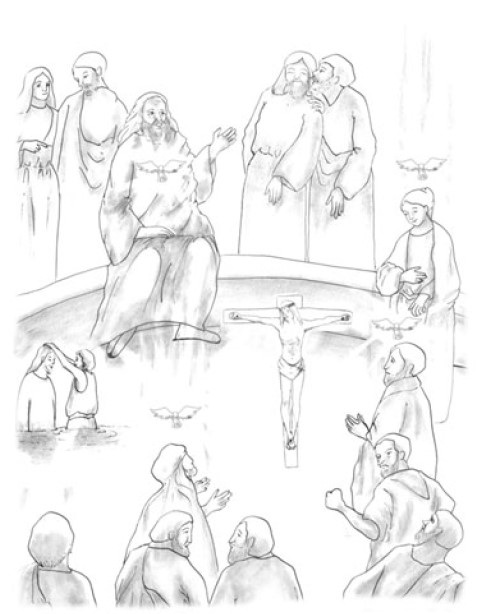 (Acts 19:1-3)
“And it happened, while Apollos was at Corinth, that Paul, having passed through the upper regions, came to Ephesus. And finding some disciples he said to them, ‘Did you receive the Holy Spirit when you believed?’ So they said to him, ‘We have not so much as heard whether there is a Holy Spirit.’ And he said to them, ‘Into what then were you baptized?’ So they said, ‘Into John’s baptism.’”
Why does the Bible say, “From the days of John the Baptist until now the Kingdom of Heaven suffers violence, and violent men take it by force?”
Because people can take the Kingdom of Heaven by the faith in the beautiful gospel that says that Jesus blotted out all the sins of the world through His baptism by John and His blood on the Cross.