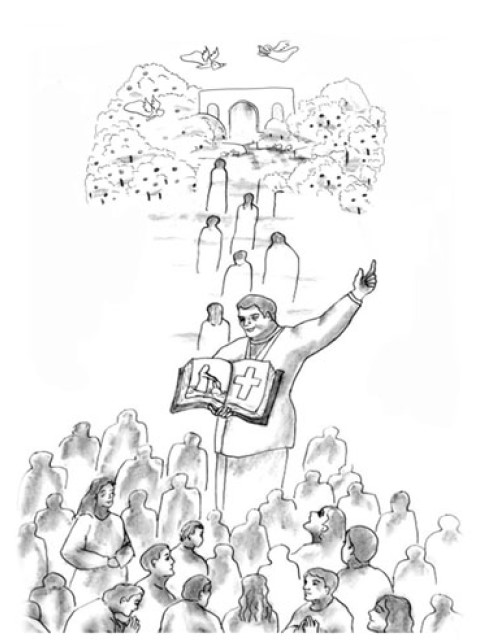 (Acts 3:19)
“Repent therefore and be converted, that your sins may be blotted out, so that times of refreshing may come from the presence of the Lord.”
What kind of faith did the apostles have?
They believed in both the baptism of Jesus and His blood on the Cross.

Looking at the disciples of Jesus Christ, the extent of their faith when they had the indwelling of the Holy Spirit was clearly different from their faith when they did not. Their flesh did not look any different, but after receiving the Holy Spirit, their lives were totally changed by the light of Jesus Christ.
The town where I live has beautiful mountains and lakes. Looking at such lovely scenery, I become filled with satisfaction and wonder that I cannot but thank the Lord for such creations. The brilliance of the crystal-clear water glistening in the sun makes my heart full and the world around me seem like gold.
But there are places where such scenic beauty does not manifest itself. There are places where the sky is crystal clear, but the water under the sunlight looks more like a swamp. There is no brilliance in such a sight. Looking at a lake like this, I thank the Lord for His beautiful gospel that cleansed my sins and obtained for me the indwelling of the Holy Spirit.
As the surface of the swampy lake is not able to reflect light, so we may also be remote from the light of God and be unwittingly headed towards an unknown destiny owing to our sinful nature. But if the Holy Spirit dwells in our hearts, we will be revealed as children of God and be led to teach the gospel to other people. Because we accepted His light, we will come to shine as lights.
Likewise, after Jesus’ resurrection, His disciples received the Holy Spirit and became children and apostles of the light. The light of the Holy Spirit is a great blessing to all and therefore most people wish to receive the Holy Spirit.

The Faith of the apostle Paul

How has Christianity changed since ancient times?