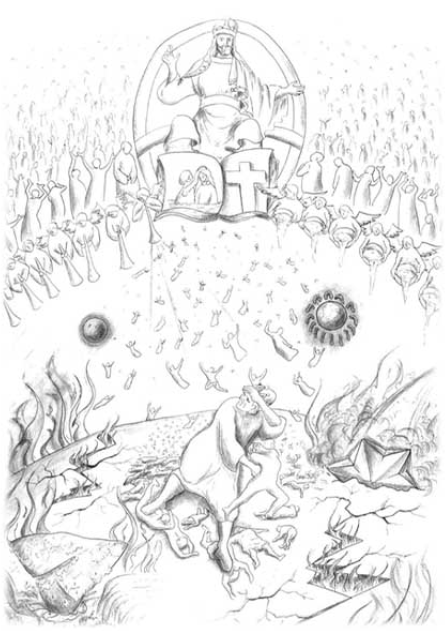 Our Lord Who Can Complete God’s Plan

No one but the Lord can open the scroll sealed with seven seals. This scroll sealed with seven seals is God’s scroll of promise. God created all things in the universe, including us, in Jesus Christ. Even before the creation, God has set a plan in Jesus Christ to make us His children. Our Lord received this sealed scroll to fulfill God’s purpose of creation and His plan to save us and to judge the mankind.
The Word of God tells us, “And no one in heaven or on the earth or under the earth was able to open the scroll, or to look at it.” There was no one, in other words, who was able to finally complete God’s plan. Only Jesus Christ can do this. Why? Because God has planned everything through His Son.
This also means that the Lord has the authority of judgment to open the scroll sealed with seven seals, the plan of God the Father. With this authority, Jesus completed every aspect of the plan of the Triune God by taking upon all our sins on Himself with His baptism and saving us by being punished for these sins on the Cross in our stead. The Lord has made us His priests before God by delivering us from sin through His sacrifice and the price of His own life.
Jesus Christ has also made those who believe in His salvation to reign with Him. As the Word of God tells us, “We shall reign on the earth,” when the Lord actually returns to this earth, He will conquer all things again and bring the Millennial Kingdom to its realization on the earth.
Terms and Conditions Privacy Policy Cookie Declaration Contact Us