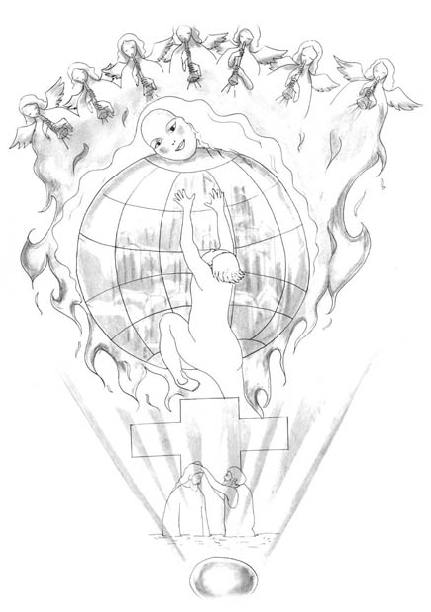 (Revelation 8:1-13)
In Revelation 5 appears a scroll sealed with seven seals, which Jesus took. This meant that Jesus thus was entrusted with all authority and power of God, and that He would lead the world according to God’s plan from then on. Revelation 8 opens with the passage, “When He opened the seventh seal, there was silence in heaven for about half an hour. And I saw the seven angels who stand before God, and to them were given seven trumpets.” Jesus thus opens the seventh seal of the scroll, and shows us things to come.
Chapter 8 begins by telling us that the plagues of the seven trumpets will begin with the prayers of the saints. From verse 6 and on, the chapter then speaks of the plagues of the seven trumpets that will be brought to this world.

The Plague of the First Trumpet

The Plague of the Second Trumpet Brought by God