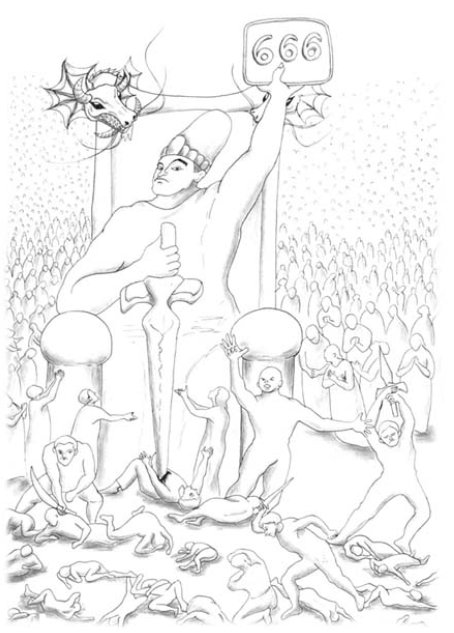 (Revelation 13:1-18)
Based on the main passage, I will now discuss the appearance of the Antichrist and the martyrdom of the saints. From chapter 13 we see a beast coming up out of the sea. This Beast, which has ten horns and seven heads, is none other than the Antichrist. The passage tells us that on the Beast’s horns were ten crowns, and on his heads a blasphemous name. We are also told that this Beast was like a leopard, with his feet like the feet of a bear, and his mouth like the mouth of a lion. In addition, the Dragon gave him his power, his throne, and great authority. One of his heads was mortally wounded, but this deadly wound was miraculously healed.
Marveled by this, the whole world began to follow the Beast, and as he was given authority by the Dragon, they worshiped both the Dragon and the Beast, saying, “Who is like the beast? Who is able to make war with him?” The passage also tells us that the Beast was given a mouth speaking great things and blasphemies, and authority to continue his works for 42 months.

The Beast Rising up out of the Sea

Another Beast Coming out of the Earth