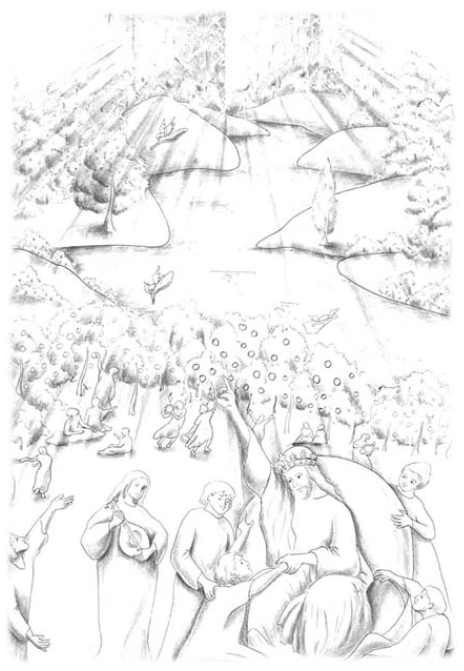 Blessed Are Those Who Do His Commandments

Those Who Go before the Tree of Life

The reason why those of us who have received the remission of sin always go before the Lord is to confirm that our Lord has made all our sins disappear, to ruminate on the grace of salvation once more, to remember it, and to praise God for it, so that we may all be more than able to enter His Kingdom. This is why we preach the gospel.
A countless number of Christians, unable to meet God’s servants who can guide them by teaching the Bible correctly, are stuck in their misunderstanding of the Word and mistaken beliefs. Even now, there are people who are preoccupied with their acts, offering prayers of repentance every morning and all night long. Why do they do these things? Because they believe that by doing so, their sins would be forgiven. And they believe so because they have been taught erroneous doctrines. But these are unrighteous acts before God. Such people are the pitiful ones who know neither the righteousness of God nor His unconditional love.
The Bible is not something that can be taken lightly, as if it can be interpreted in whatever way one wishes to. And yet because people have interpreted, taught, and believed in it based on their own man-made thoughts, the result has been like the above—that is, they remain ignorant of God’s righteousness and love. Each passage of the Bible has the exact meaning, and this can be interpreted correctly only by God’s prophets who have received the remission of sins.
Going before the tree of life is for us to believe in the Lord while on this earth, to remember everyday that our Lord has made our sins disappear, to praise Him, and to preach this gospel. We, the born-again, are also to remember that He took our sins upon Himself, to confirm this truth everyday, to worship Him with the joy of thanksgiving, and to go before our Lord.
However, it is not an exaggeration to say that Christians throughout the entire world have misinterpreted this passage and mistakenly believe that they can enter the Kingdom of God by having their sins washed away on a daily basis through the prayers of repentance. But this is not what the passage means.
After receiving the remission of sin, our hearts can remain in peace by confirming that our Lord has made all the sins that we commit with our acts disappear. By confirming the remission of ALL our sin, we are no longer bound by sin. This is the way to go before the tree of life in Heaven.
The Scripture is on a whole different dimension from the man-made thoughts. As such, to know the truth, we must first learn and hear the truth from the born-again servants of God.
Those Who Are Outside the City