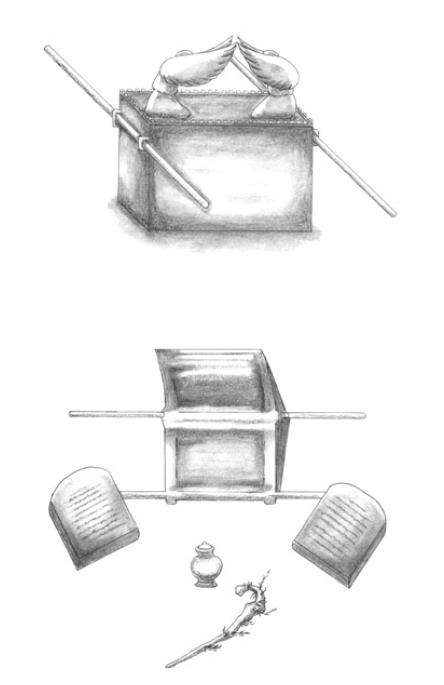 (Exodus 34:1-8)
“And the LORD said to Moses, ‘Cut two tablets of stone like the first ones, and I will write on these tablets the words that were on the first tablets which you broke. So be ready in the morning, and come up in the morning to Mount Sinai, and present yourself to Me there on the top of the mountain. And no man shall come up with you, and let no man be seen throughout all the mountain; let neither flocks nor herds feed before that mountain.’ So he cut two tablets of stone like the first ones. Then Moses rose early in the morning and went up Mount Sinai, as the LORD had commanded him; and he took in his hand the two tablets of stone. Now the LORD descended in the cloud and stood with him there, and proclaimed the name of the LORD. And the LORD passed before him and proclaimed, ‘The LORD, the LORD God, merciful and gracious, longsuffering, and abounding in goodness and truth, keeping mercy for thousands, forgiving iniquity and transgression and sin, by no means clearing the guilty, visiting the iniquity of the fathers upon the children and the children’s children to the third and the fourth generation.’ So Moses made haste and bowed his head toward the earth, and worshiped.”
We Need to Find out Who Really Is This God in Whom We Believe
Let us begin by turning to Exodus 3:13-16: “Then Moses said to God, ‘Indeed, when I come to the children of Israel and say to them, ‘The God of your fathers has sent me to you,’ and they say to me, ‘What is His name?’ what shall I say to them?’ And God said to Moses, ‘I AM WHO I AM.’ And He said, ‘Thus you shall say to the children of Israel, ‘I AM has sent me to you.’’ Moreover God said to Moses, ‘Thus you shall say to the children of Israel: ‘The LORD God of your fathers, the God of Abraham, the God of Isaac, and the God of Jacob, has sent me to you. This is My name forever, and this is My memorial to all generations.’ Go and gather the elders of Israel together, and say to them, ‘The LORD God of your fathers, the God of Abraham, of Isaac, and of Jacob, appeared to me, saying, ‘I have surely visited you and seen what is done to you in Egypt’’”

Who Is Yahweh God?

Yahweh God Is Omniscient and Omnipotent

Yahweh God Is Alive Even Now

Just as God was the God of Abraham, Isaac, and Jacob, He is now your and my God. “God is not the author of confusion but of peace” (1 Corinthians 14:33). He is not the God of those Christians who are of pretentious and flamboyant deeds, but He is the God of those who believe in the gospel of the water and the Spirit. We have the faith that believes in the Word of God and obeys Him with “yes.” God is our God. When He actually tells us, “You are destined to hell,” we say to Him, “Yes, You are right.” When He tells us, “You will continue to sin until the day you die,” then we also say again, “Yes, You’re right.” And when He says to us, “But I have actually saved you with My blue, purple, and scarlet thread and fine woven linen,” we can only say, yet again, “Yes, You’re very right.” We have thus become the people of God who always obey Him with “yes.” I thank our God for His grace that has saved us with the gospel of the water and the Spirit.
We must believe and recognize in our hearts that our Lord has indeed saved us from all our sins through the water, the blood, and the Spirit, and has thereby made us the people of the Kingdom of God. Give thanks to the Lord by believing that the gospel of the water and the Spirit is the gift of salvation that God has given you.
I praise God forever with my faith for eternally saving me, who actually could not avoid but be bound to hell because of my sins, with the gospel of the water and the Spirit. Remembering that we were in fact all of bronze—that is, we could not escape the judgment of God—and we therefore cannot but praise God for our deliverance from sin, for saving us with His blue, purple, and scarlet thread and fine woven linen. And we must thank Him by believing in the truth of the gospel hidden in these blue, purple, and scarlet thread and fine woven linen.
Only Yahweh God is the God of the whole mankind. And He has become God the Savior of the entire human race. We must all believe in Yahweh God as our own God. Amen
Terms and Conditions Privacy Policy Cookie Declaration Contact Us