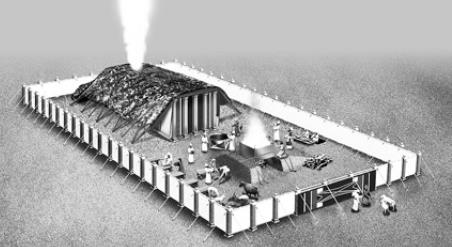 (Exodus 19:1-6)
“In the third month after the children of Israel had gone out of the land of Egypt, on the same day, they came to the Wilderness of Sinai. For they had departed from Rephidim, had come to the Wilderness of Sinai, and camped in the wilderness. So Israel camped there before the mountain. And Moses went up to God, and the LORD called to him from the mountain, saying, ‘Thus you shall say to the house of Jacob, and tell the children of Israel: ‘You have seen what I did to the Egyptians, and how I bore you on eagles’ wings and brought you to Myself. Now therefore, if you will indeed obey My voice and keep My covenant, then you shall be a special treasure to Me above all people; for all the earth is Mine. And you shall be to Me a kingdom of priests and a holy nation.’ These are the words which you shall speak to the children of Israel.’’”

Why Did God Choose the People of Israel?

The main passage comes from Exodus 19:1-6. Though the passage is not long, I have much to say about it. From this passage, I would also like to speak of the truth revealed from chapters 19 to 25 of Exodus. It had been three months since the people of Israel escaped from Egypt when the Israelites came to the Wilderness of Sinai. God made them camp in front of the Mountain Sinai, and called Moses up to the mountain.
Having thus summoned Moses, God spoke His Word to the Israelites, “‘Now therefore, if you will indeed obey My voice and keep My covenant, then you shall be a special treasure to Me above all people; for all the earth is Mine. And you shall be to Me a kingdom of priests and a holy nation.’ These are the words which you shall speak to the children of Israel.” The reason why God called and raised the people of Israel was to make them His special treasure and to establish them as the priests of His kingdom.
This was the purpose with which God delivered the people of Israel from Egypt. The method by which God would make the Israelites His special treasure was giving them His Law and the sacrificial system of the Tabernacle to save them from their sins, through which He would cleanse away all their sins, make them His own people, and found them as a nation of priests. As such, the Israelites must realize this clearly, and recover the faith that God wants from them. To make their nation a kingdom of God’s priests, God gave them, on the one hand, His Law composed of the 613 commandments, and on the other hand, He made them build the Tabernacle.
Therefore, if the Israelites do not believe in Jesus Christ who came as their Messiah, they must repent and believe in Him with their hearts. Jesus, who is the very substance of the sin offering of the sacrificial system of the Tabernacle, has cleansed away all their sins with His baptism received from John and His blood on the Cross. As such, the people of Israel must unambiguously accept the truth that God has made them His own people by bringing them, the descendants of Abraham, out of Egypt, and by washing away all their sins through the offerings of the Tabernacle. At that time, because the Israelites were unable to keep the Law of God, they had to be forgiven of their sins by giving sacrificial offerings to God according to the sacrificial system set by Him. These sacrificial offerings were the foreshadowing of Jesus Christ, the Savior who has now saved mankind from its sins.
Even now, the Israelites hold Moses as the greatest prophet of all. They are right in this. However, because they do not believe in Jesus Christ as the Messiah who has saved them from all their sins, they do not recognize the New Testament as the Word of God, and instead recognize only the Old Testament as God’s Word. But we must remember that Jesus is not only a greater prophet than Moses, but He is the High Priest of the Kingdom of Heaven, the Messiah for whom the Israelites have been waiting and hoping. By faith, the Israelites must now realize that the very substance of the Tabernacle’s sacrificial offering was none other than the Messiah Himself.
God Made the Israelites Hold Moses in Reverence, But…
Why did God raise Moses so high before the Israelites? It was to make them accept and believe in all the Word of God spoken through Moses. It was, in other words, to make Israelites believe that what Moses spoke to them was all God’s own Word. God called Moses to the Mountain Sinai so that he would be raised high above before the people of Israel. This made the Israelites fear Moses and God, and the Israelites, seeing that Moses spoke with God, came to believe in him, for God talked with Moses as if he were His friend.
As such, the Word of God that Moses delivered to the people of Israel was all firmly believed by the Israelites as the actual Word that God spoke to them. However, by regarding Moses too highly, the people of Israel made a huge mistake of not accepting Jesus Christ the Messiah into their hearts as their own Savior. Ultimately, the Israelites failed to recognized their Messiah properly, and have thus ended up rejecting His love of salvation. They now have a great task before them—that is, to accept Jesus Christ, who was a greater prophet than even Moses, into their hearts as their own Savior.

The People of Israel Received the Law and Commandments from God

How Can We Be Saved from All Our Sins?