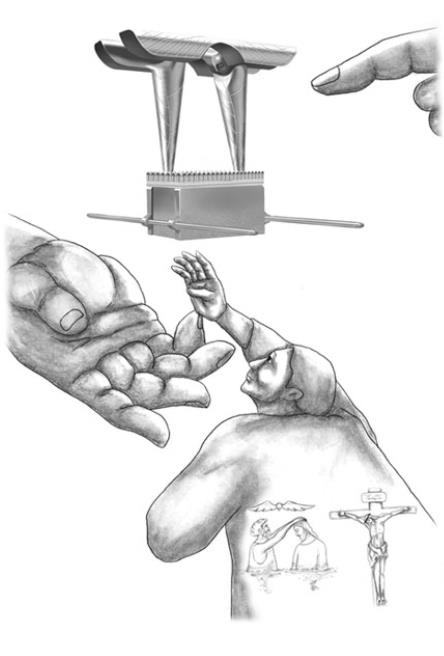 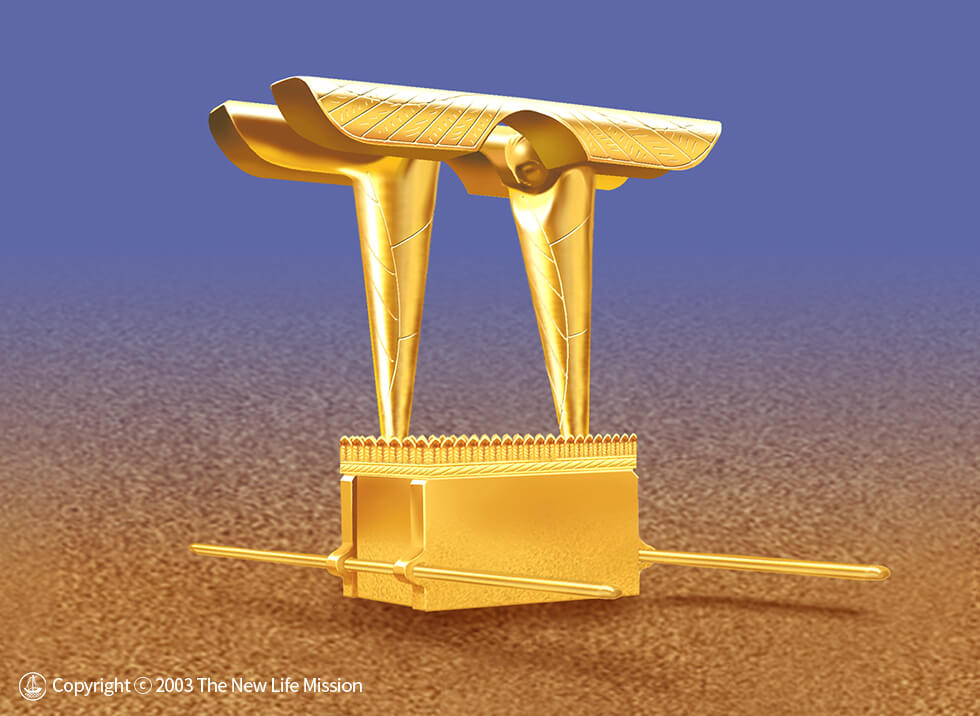 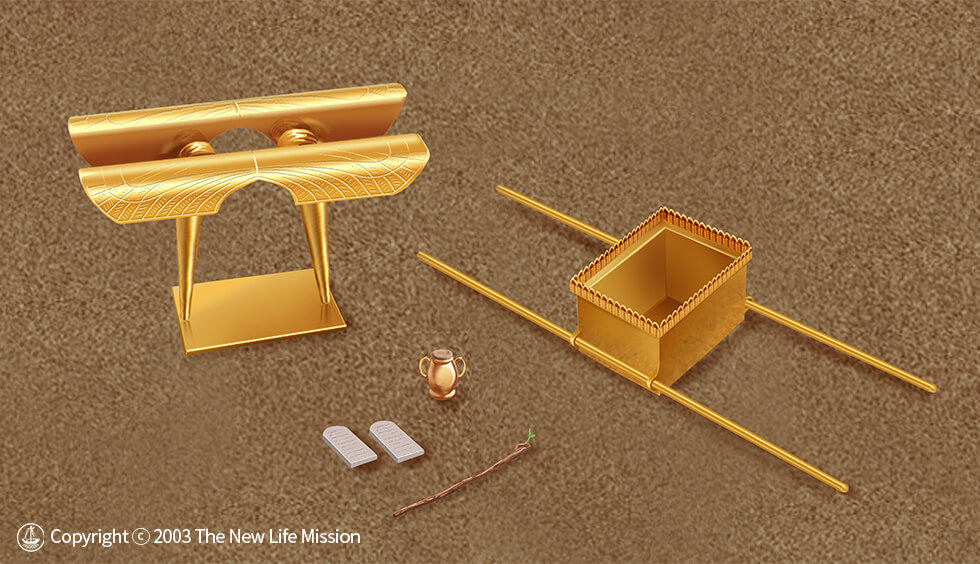 The two stone tablets engraved with the Law that were placed inside the Ark of the Testimony tell us that God is the Lawmaker who has given us His laws. Romans 8:1-2 states, “There is therefore now no condemnation to those who are in Christ Jesus, who do not walk according to the flesh, but according to the Spirit. For the law of the Spirit of life in Christ Jesus has made me free from the law of sin and death.” From this passage, we can see that God has established two laws in our hearts: the law of life and the law of condemnation.
With these two laws, the Lord has brought condemnation and salvation to all human beings. First of all, we can recognize through the Law that we are sinners inevitably destined to hell. However, to those who know their sinful nature and doomed fate, God has given His law of salvation, “the law of the Spirit of life in Christ Jesus.” God has become the true Savior for all by giving them these two laws.
The Manna Contained in the Golden Pot
The golden pot that was also found in the Ark had manna. When the people of Israel spent 40 years in the wilderness, God brought them food from the heavens, and the Israelite lived on this manna cooking it in various ways. And it was like white coriander seed, and its taste was like wafers made with honey. This manna that God had given to the people of Israel sustained their lives until they entered into the land of Canaan. As such, it was to keep this food in remembrance that it was put in a pot.
This tells us that we, today’s believers, also should eat the bread of life that the spiritual children of God must feed on while in this world until they enter Heaven. But there are times when we want to have the bread of the world, that is, the teachings of this world instead of the Word of God. Still, what the children of God must truly and actually live on before reaching the spiritual land of Canaan is the Word of God, which is the spiritual bread of true life that comes down from Heaven.
One never gets tired of always having the bread of true life. The more we have this spiritual bread, the more it become true life for our souls. But if we feed on the bread of the teachings of the world instead of the Word of God, our souls will ultimately end up dead.
God commanded the people of Israel to put the manna that came down from the heavens in a pot and keep it. As shown in Exodus 16:33, God said, “Take a pot and put an omer of manna in it, and lay it up before the LORD, to be kept for your generations.” The manna that came down from the heavens was the bread of true life for the people’s souls. “So He humbled you, allowed you to hunger, and fed you with manna which you did not know nor did your fathers know, that He might make you know that man shall not live by bread alone; but man lives by every word that proceeds from the mouth of the LORD” (Deuteronomy 8:3).

Who Then Is the True Bread of Life for Us?

What Ministries Did Jesus Christ Fulfill to Blot Out All Our sins?