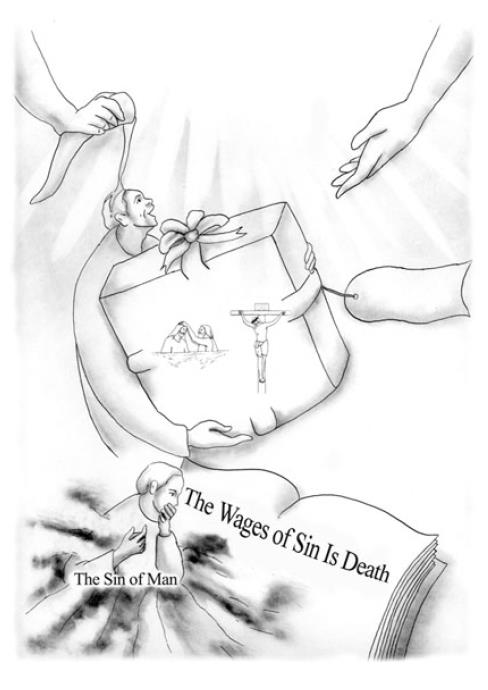 This world is so full of evil doctrines that even the hearts of the born-again can be tempted and defiled. That is why Jesus Christ said, “Take heed, beware of the leaven of the Pharisees and the leaven of Herod” (Mark 8:15). We cannot even count just how many such deteriorated teachings there are, defiling people’s hearts just by hearing it only once. We must realize just how this world is flooded with sexual immorality. We who believe must know exactly in what kind of age we are now living in order to defend our faith. Yet even as we live in such a sinful world, in our hearts is the unassailable truth that the Lord has delivered us from all our sins. The Word of testimony that bears witness to our unchanging salvation is the gospel of the water and the Spirit. We must have faith in the Truth that is neither shaken by the world nor dragged along by it.
This world is not of the truth. Rather, it is full of Satan’s liars. However, God told us that the righteous can overcome the world. It is by their faith in the gospel of this unchanging truth that the righteous overcomes the Devil and triumphs over the world. Though we are insufficient, our hearts, our thoughts, and our bodies are still in the House of God and are standing firmly on the gospel of salvation with faith. We are standing steadfastly on the gospel of the water and the Spirit with which the Lord has saved us perfectly.
The boards of acacia woods, which were raised as both the pillars and the components of the walls of the Tabernacle, were overlaid with gold. And because the boards stood on silver sockets, they were firmly fixed and did not waver. Likewise, the faith of those of us who have been born again of water and the Spirit is also forever unchanging. Just as the gold-leaf overlaying the boards of acacia woods did not change, nor does our faith like pure gold ever change, for you and me, the acacia woods that could not but be burnt by fire, has been perfectly saved in this way.
Because of this, we are so thankful to God. No matter how sin abounds in this world, at least we the righteous truly have spotless consciences and faith that shines like gold in our hearts. We the righteous will all lead a life that overcomes the world by this faith. Until the day of the Lord’s return, and even after when we enter His Kingdom, all of us will praise this faith. We will forever praise the Lord who has saved us and praise our God who has given us this faith.
Our truthful faith will not be shaken under any circumstances because it is built on the rock. Henceforth, no matter what happens to us as we live on this earth until the day we stand before the Lord, we will defend our hearts by faith. Even if everything in this world is destroyed, even if this world is drowning in sin, and even if this world becomes worse than Sodom and Gomorrah of the old days, we will not follow this world, but we will believe in God unwaveringly, we will pursue His righteousness, and we will continue to spread Jesus’ two ministries (the baptism of Jesus and His death on the Cross) of salvation, the true graces of God.
I am utterly amazed by the grace of God, just how we have come to believe in this gospel of the water and the Spirit. I can only be infinitely grateful for how we have come to know and believe in this gospel, and how we have come to do the good works of God. As the gospel of the water and the Spirit is the grace of God that He has bestowed on us freely, all that we can give to our Lord is just thank Him with our faith and spread the Truth of this gospel until the day of His return.
I thank God for giving us this truth.
Terms and Conditions Privacy Policy Cookie Declaration Contact Us