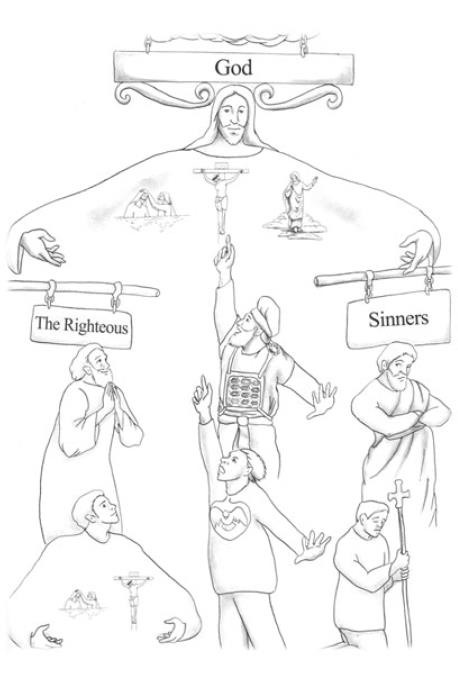 The Standard of the Judgment of the High Priest

The History of Corrupted Christianity

In the Early Church period, it was by believing in the baptism of Jesus and the blood of the Cross that the Apostles such as Paul and Peter and the early saints could also become and work as spiritual priests. Historically speaking, after the passing of the Early Church period and the era of the Church Fathers, the Truth of the gospel of the water and the Spirit began to be corrupted, and the Edict of Milan in 313 A.D. accelerated such decaying process. I believe that it is from this corruption that Christian sinners have sprung up today. Since then, a large crowd of nominal Christians have arisen, and they claim to have received the remission of sins even as they believe in only the blood of the Cross. From then on until now, the gospel manifested in the blue, purple, and scarlet thread had not been testified but remained hidden. It is a disturbing fact, that there have arisen many Christian sinners who consider Christianity only as a mere religion of this world.
When we judge today’s Christians based on the faith that has enabled us to become spiritual priests, we can see that many of them have misunderstood and misconstrued the salvation that allows them to receive the remission of sins. We can see that every statement of faith of all the denominations of today’s Christianity is quite similar to one another. They only differ in their denominational names; when it comes to their faiths, they all think that they have been delivered from sin by believing only in the blood of the Cross. But their hearts have not been truly remitted of sin. Even as they remain ignorant of God’s gospel of the water and the Spirit, they think themselves to be good Christians. We can see that even though these people believe in Jesus as their Savior and in the blood of the Cross, they are still obsessed only with their prayers of repentance, for they still do not know the Truth that enables them to wash away all their sins. There are, in other words, people who try to wash away their sins even as they still remain oblivious to the power of the gospel of the water and the Spirit.
This is why we are now spreading this genuine gospel of the water and the Spirit once again to all the people in the entire world. Because throughout the world people are ignorant of the baptism that Jesus received from John the Baptist, we recognize that we must preach to them this gospel of the water and the Spirit manifested in the blue, purple, and scarlet thread used as the materials for the Tabernacle. All of us are preaching to the people of this whole world that because Jesus bore the sins of the world by being baptized by John the Baptist, He bore all the condemnation of sin by being crucified and dying. We owe it to these people who do not know the gospel of the water and the Spirit to spread this gospel to them. We therefore realize the need to give them an opportunity to hear this genuine gospel so that they may come to believe.
In some countries, the history of the Christian faith goes back over 1,000 or even 2,000 years. But it is clear that most Christians still do not have a lucid understanding on the gospel of the water and the Spirit. When we judge them based on the truth of the gospel manifested in the Tabernacle, there are many who must believe in Jesus as the Savior all over again. What I am trying to say here is that regardless of how long they might have believed in Jesus, if they still have not received the remission of sins, we must then lead them to believe in Jesus again correctly. We have to teach the gospel of the water and the Spirit to them urgently. The Apostle Paul also had the same mind as us, saying, “For if I preach the gospel, I have nothing to boast of, for necessity is laid upon me; yes, woe is me if I do not preach the gospel!” (1 Corinthians 9:16).

One Lord, One Baptism, and One God