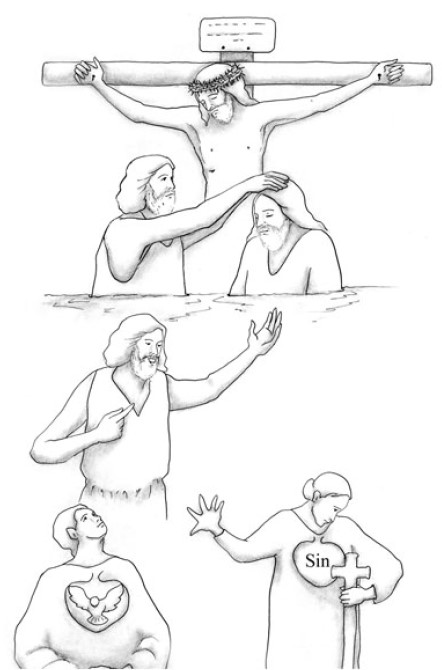 Who Is Elijah to Come? He Is John the Baptist

In the Bible, Jesus mentioned John the Baptist frequently. So we need to ask some questions here and search the Bible for their answers: “Why did Elijah have to come to this earth prior to the Messiah? Why must he come for everything to be restored? Was John the Baptist indispensable for our salvation?” Jesus said in Matthew 21:32, “For John came to you in the way of righteousness, and you did not believe him; but tax collectors and harlots believed him; and when you saw it, you did not afterward relent and believe him.” The Lord said here that John came to us in the way of righteousness. What is the way of righteousness then? Jesus explains here that the reason why John the Baptist came was to lead the entire human race to the right path, to the road to the Kingdom of Heaven. He said, “John came to us in the way of righteousness, and he is Elijah who is to come.” In other words, John the Baptist and Elijah were the ones who had ministered the same kind of work before God.
We’ve already examined Moses, so let’s now take a closer look at Elijah. Must Elijah come to this earth without fail? Before we answer this question, however, let’s turn to another question first: “Did God really say in the Old Testament that He would send Elijah?”
The Old Testament ends with the following passage in Malachi 4:5-6:
“Behold, I will send you Elijah the prophet
Before the coming of the great and dreadful day of the LORD.
And he will turn
The hearts of the fathers to the children,
And the hearts of the children to their fathers,
Lest I come and strike the earth with a curse.”
The Book of Malachi here describes just how utterly corrupt the priests of the time were. So through the Prophet Malachi, God rebuked these priests extremely harshly. Saying, “All these so-called servants of God are garbage,” God said that He would send us Elijah before the coming of the great and dreadful day of the Lord before the arrival of the end of this world.
Why, then, must God send Elijah prior to the coming of the great and dreadful day of the Lord? What’s the reason? Is it absolutely necessary for Elijah to come to this earth? When we turn to 1 Kings chapter 18, we see how Elijah confronted 850 prophets of Asherah and Baal, and showed the people of Israel that Jehovah was the real God. Elijah had thereby led all the people of Israel who were worshipping Idols back to Jehovah God. He was a powerful servant of God.
Then, must Elijah come to this world without fail? Yes, he must come without fail. I will now explain the reason why Elijah had to come without fail.

The Old Testament’s Sacrifice of the Day of Atonement

The Necessity of the Testimony of John the Baptist