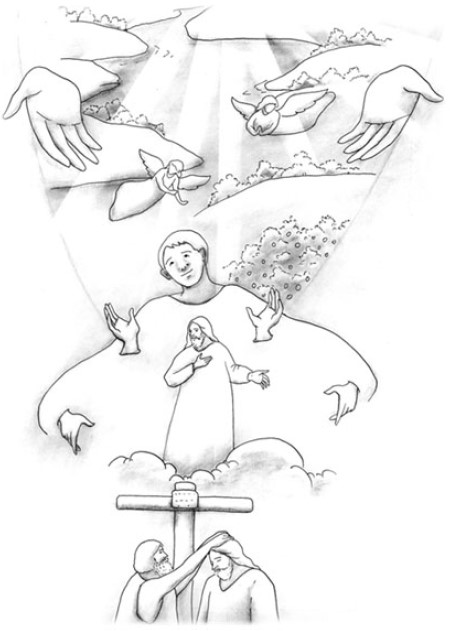 Signs That Will Appear at the End of the Age

The Lord spoke few things about the signs that will appear at the end of the age. One of them was that just as people didn’t know about the flood in the days of Noah until the very day, people will not know about the coming of the Lord until the very moment that He comes. They will not be interested in things that will happen in the future. In the days of Noah, people were eating, drinking, marrying, and giving in marriage, and wasn’t aware until the flood came and took them all away.
Jesus said the coming of the Son of Man would be like that. Right now, the culture of people eating, drinking, marrying and giving in marriage has developed greatly. At the end of the age, people could perhaps be thinking that this civilized world is a utopia on earth erected by people. Not only were circumstances like this during the days of Noah’s flood, we have it in this day and age also. Things have been developed to a greater extent. Furthermore, we live in an age where people can do anything they wish.
Things such as people eating, drinking, marrying and giving in marriage become more and more common as the end of the age draws near. Of course things like this have always existed in every human society, and I am not saying that they are bad. But what I am saying is that people are becoming interested only in the desires of the flesh. There isn’t anything that people cannot do these days. We can make airports at sea and create extravagant and beautiful fountains using laser beams and water. If people set their hearts to it, they can enjoy more pleasures than the kings of the past enjoyed.
These days, the food we eat is very diverse. As long as we have money, we can enjoy them all because there are restaurants that serve exotic foods which we never experienced before. Things related to getting married and giving in marriage have flared up greatly. Even though the economy is bad, industries related to getting married and giving in marriage are booming.
Wedding halls are crowded with callers and congratulators. When we go to wedding ceremonies, the groom and the bride stay in their respective waiting rooms. Instead of walking in the hall when called, they get together at a certain place and appear at the same time riding on a small model train surrounded by stage fog like a king and a queen amidst clapping of hands by guests. We live in an age when people can do what they want when they want.
Jesus said that the signs of the end of the age would be like the days of Noah. People are engrossed in eating, drinking, marrying and giving in marriage. People’s hearts are fully taken in by things of this world. Human emotions are fully captivated with any media that stimulates them. As a result, the culture has become so hedonistic that people only seek pleasures of eating, drinking, and having sexual relations.
The disciples asked Jesus, “What will be the sign of the end of the age?” Our Lord told them to take heed to deceptions by people at the end of the age. Then He said, “And you will hear of wars and rumors of wars. See that you are not troubled; for all these things must come to pass, but the end is not yet.” He said that nation will rise against nation and kingdom against kingdom and that there will be famines, pestilences, and earthquakes in various places; but all these are merely the beginning of sorrows.
Wars and rumors of wars as signs at the end of the age refer to a bustling world. It’s been said that about three hundred people died in the recent flood in Mexico. I was wondering how it could have rained so much that such a great number of people died helplessly. It seems that nowadays we often get to witness severe famines and great earthquakes. There are famines in Somalia and North Korea, and earthquakes in Turkey and Taiwan. It has been reported that Russia is attacking Chechnya that was once under its rule. Yet, Chechnya is a small country only 19,000 km2, and a population of about 800,000. But a large country like Russia is coveting this small country which is about 1/1000 its size. This will occur much more in the future. Our Lord has said that nation will rise against nation and kingdom against kingdom.
This passage also says there will be many wars and rumors of wars. South Korea has been under an unstable situation of the cease-fire agreement in 1953. This means that both Koreas can violate the truce at any time and wage war against each other. However, South Korea has been able to maintain peace so far. This is only because God has protected this country out of His love for the righteous people of South Korea. I cannot thank God enough that He has protected this country whenever it was faced with a crisis, and allowing us to preach the gospel ceaselessly.

The Sorrows Have Now Begun All over the World

“All these are the beginning of sorrows.” The sorrows have now begun all over the world. It is said, “There will be famines, pestilences, and earthquakes in various places. All these are the beginning of sorrows.” These are natural disasters, and are things that are allowed by God. They aren’t things that God does intentionally. Our Lord already knows that these things will occur. Human beings do not know what will happen in the future, but our omniscient God knows each and every thing.
The Lord said that there would be famines and earthquakes. What do you think will happen to you when the famines and earthquakes occur in this world? This current era is the beginning of sorrows. Do you think people can live when there are earthquakes and famines? When a strong earthquake happens, everyone will die. There was an earthquake registering 7 on the Richter scale in Taiwan, but the people of Taiwan weren’t even surprised. To them, the death of a few thousand people seemed commonplace. Because earthquakes of 5 in magnitude occur there frequently, they seem completely unconcerned. What would happen if it were we? If the fluorescent lights sway back and forth, and bookcases fall while we are worshiping, all of you saints would flee. The Taiwanese people would all run too, but they wouldn’t get seized by fear or make a great commotion like we would. They are quite different than we are.
Nevertheless, some countries will disappear because of earthquakes. Consider for a moment that there was a strong earthquake in Korea. If an earthquake of 7 in magnitude occurred in Korea, it would probably be a threat to our existence. Not only will the economy crumble, more than half the population will die, and the country itself may disappear. Of course, this is just my speculation.
“All these are the beginning of sorrows” (Matthew 24:8). When the people only seek eating, drinking, marrying, and giving in marriage, when the culture becomes lavish like that of the days of Noah’s Flood, it would be the end of the age. This is when the earthquakes and famines will occur frequently, and pestilences will arise just as wars will frequently occur here and there in this world. At present, there is a worldwide alert over avian flu. Originally, it was a viral ailment that spread only among birds, but through mutation, it became a fatal disease that can be transmitted to humans. A certain pathologist predicted that approximately 150 million people could die from this disease. Also, what about SARS? It is widely known that AIDS and Ebola virus are encroaching upon Africa and the civilized world.
This current age has become the beginning of sorrows. Our Lord said that, at the end of the age, the love of many will grow cold because lawlessness will abound. There are just too many people who have given up being a human being. There are many atrocious people in this world. Just as He said that love will grow cold, love truly has grown cold. In this age, there isn’t much love. There isn’t any love between those living upstairs and downstairs. There isn’t any interest even between next-door neighbors and we don’t even know whether someone has move in or moved out. It has become so cold and indifferent that the corpse of a neighboring elderly person living alone was rotting inside a house, and wasn’t discovered for 5 months.
Long ago, when we moved into a new neighborhood, we used to pass out rice cakes to neighbors. In Korea, people used to share rice cakes with their neighbors when they were celebrating their birthday. But with the acceleration of urbanization, beautiful customs like this have faded away. There still are those who pass out red-bean covered steamed rice cakes wrapped in aluminum foil. Usually, it’s a new store opening up that passes out rice cakes. Love has grown cold in our society as well.

At the End of the Age, Love Will Grow Cold