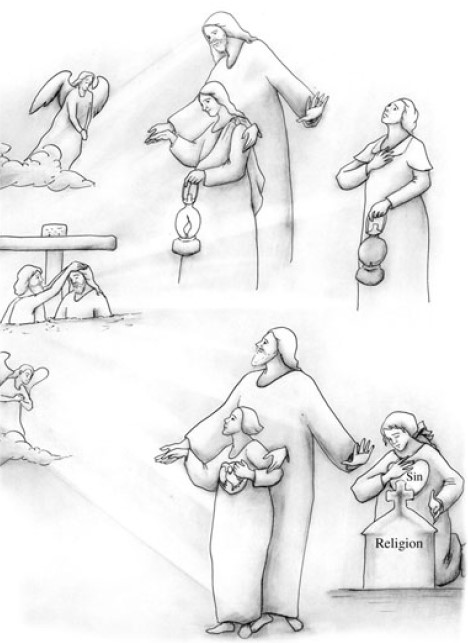 When Will the End of the Age Mentioned in the Bible Begin?

Precisely, when is the day that this world will completely come to an end? When will the rapture occur? This is the biggest concern for all people. The greatest matters that the entire humankind is concerned about are these three questions: When will the tribulation begin? When will this world come to an end? And, when will the rapture occur to the righteous people who have been born again of water and the Spirit? The Bible often says that at the end of the age, there will be tribulation. It is written that the nation of Israel will fall into tribulation and suffer tribulation for three and a half years. Also, it is said that those among the people of God who endure to the end times will receive salvation. And the Bible says that the end of the world is near.
The nation of Israel had lost its country for about 2,000 years and was rebuilt just recently. That country has sprouted once more and now puts forth leaves in abundance. And the Lord has said that when that country becomes a bit more exuberant, it will be invaded by enemy troops once more until it recognizes and accepts the truth that Jesus who had come in the past is the Savior that they have been waiting for. Then it will live in the midst of tribulation. A conceited person will sit on top of a place where the ark is laid, inside the Temple of the nation of Israel, and the person will proclaim, “I am God. From this moment on, I completely prohibit your offering sacrifices to God.” The Lord has said that for three and a half years, there will be tribulation upon the people of Israel as well as the entire world. The Book of Daniel says that hence, three and a half years after the nation of Israel has gone under tribulation, the end will fall upon this world.

Then, What Point in Time Should We Consider as the Beginning of Sorrows?

Now Is the Beginning of the Tribulation

When Will the Rapture Occur?

As for You All, Do not Set Your Heart on Earthly Things but on Heaven

The end of the age will surely come. As for you the saints, please devote yourself to your livelihood diligently. As the end draws near, you must be loyal to the work that you have taken responsibility for. With not much time left, if you were to set your hearts on impertinent things, your salvation could become a futile matter. It is said that at the end of the age, the Lord will separate the wicked from among the just and then appoint them their portion with the hypocrites (Matthew 13:47-50). Having received one talent, the one who had hid it in the ground instead of engaging in a trade concerning the gospel, is the wicked. As the end of the age draws nearer, do not make light of gathering together. Gather together at the church and unite with the church. That is the way for you and I to keep our faith until the day the Lord will come.
Furthermore, as for you all, pray before God more and more and think with reason about the Word you have heard before God. Instead of claiming to have reached an understanding after having seen visions, all the while having babbled along with eyes closed trying to speak in tongues, think about the Word you have heard with reason. And then, set up your faith inside your heart. Then make plans for a life of faith with regard to how you are going to live. And with those plans, come forth to your spiritual leaders and consult with them
And as for you students, please study hard. Students have to spread the gospel to their friends all the while studying diligently, and office workers must spread the gospel to their co-workers all the while working for the company. As for you who own businesses, please sponsor the gospel while carrying on your businesses diligently. And as for you ministry workers, please use your material possessions entirely for the spreading of the gospel and devote all your heart and energy into that mission.
Dear fellow believers, people of faith must not do the work of investing many material things in earthly matters. If you possess material things, you ought to invest them in the spreading of the gospel. This year the Church is going to try to enter the region of Yanbian, China and preach the gospel there. So then, you all must also unite your hearts and think about what you can do for the righteous work of preaching the gospel in Yanbian, and you must truly resolve to work entirely for the gospel for the rest of your life. All of you, please do not place your hearts in earthly matters, but rather, let us go on living with our hearts set toward Heaven.
Terms and Conditions Privacy Policy Cookie Declaration Contact Us