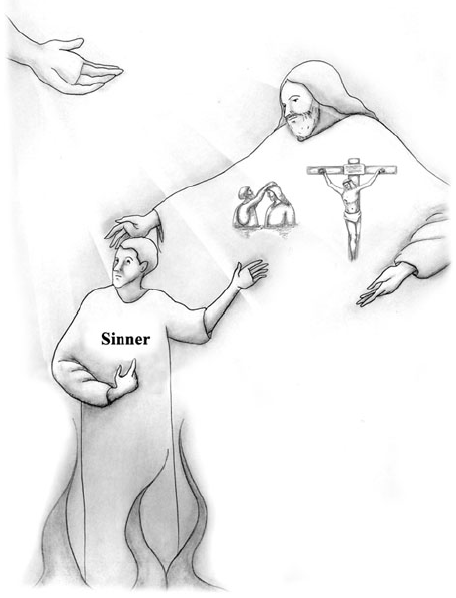 The most widely read book in the whole wide world is the Bible, the Word of God. This Bible is the Truth, for it is God’s Word. The Bible is the storehouse of the profound Truth, so much so that there is hardly anything that is not addressed in the Word of God. Shakespeare, the world-renowned literary giant whom we know very well, is said to have read the Bible over 200 times. His writings boast extremely accurate and powerful expressions, but it’s said that all his writings actually emulated the expressive power of the Word of God. Although Shakespeare had discovered good expressions in the Bible, we should discover in the Bible the blessed gospel that enables us to be born again. We should thereby receive the everlasting life offered by the Lord.
This Bible is the Word of God that bears witness of Jesus. It teaches the Truth that enables one to receive the Holy Spirit by believing in the wonderful gospel of the water and the Spirit. The Word of the Bible writes about the mystery of the beautiful salvation that Jesus has given to mankind. This Bible writes of how the world was created at the beginning, who God the Father is, who His Son Jesus is, and what Jesus has done for mankind.
Genesis 1:1-3 also writes about Jesus. It’s also written in Genesis, “Let Us make man in Our image, according to Our likeness.” We can see here that God is the Triune God of the Father, the Son, and the Holy Spirit. The fact that God said when He created mankind, “Let Us make Man according to Our likeness,” manifests that He is the Triune God. Put differently, what the Triune God did is different in each manifestation of the Godhead; God the Father planned every aspect of this salvation, Jesus has achieved Father’s plan of salvation and bears witness of the Father, and the Holy Spirit is testifying to what the Son did.
This Bible says from the beginning that it is Jesus our Savior who created the world and the whole universe. Jesus is the High Priest of the Kingdom of Heaven, the Prophet for all mankind, and the King of kings. Jesus concurrently holds the three offices of the High Priest, the Prophet, and the King. Jesus is the Son of God and the Savior of mankind who came to deliver it from Satan, sin, destruction, and judgment, and to destroy the work of Satan. There is no story in the Bible that’s more beautiful than the wonderful gospel of the water and the Spirit that Jesus has given to us.
However, the Jews thought that Moses was greater than Jesus. It was ignorance and foolishness that stemmed from their lack of faith in Jesus. Even now, denying that Jesus is the Son of God, they are still waiting for the Messiah to come. However, the entire Bible reveals that Jesus has already come, and that He will return again. In John 5:46, Jesus says, “If you believed Moses, you would believe Me; for he wrote about Me.”
Moses recorded the Bible. He received the Law from God and recorded it, and He also wrote about the sacrificial system of the Tabernacle in detail. The Word of the Bible became the foundation of our faith. Through Moses, God had given the sacrificial system to wash away all the sins of everyone in this world.
The Book of Leviticus, which we know very well, clearly records and shows what kind of sacrifice should be offered by man in order to receive the remission of sin from God. It says that if anyone of the common people committed sin before God and wanted to sacrifice an offering to Jehovah to receive the remission of that sin, then he had to bring an unblemished animal. And according to this sacrificial system, the sinner had to lay both his hands on the head of the sacrificial animal without fail. Having thus passed all his sins to the sacrificial animal, he then had to kill it in his place, thus drawing its blood. He then had to hand it over to a priest, and the priest put some of this blood on the horns of the altar of burnt offering, poured the rest on the ground, cut the flesh of the sacrificial animal, put it on the altar of burnt offering along with the fat taken out of the animal’s entrails, and burned them with fire to be offered to God. The Bible says that it was established that all the people would receive the remission of their sins as the priest did these things for them. And God also established the Day of Atonement on the tenth day of the seventh month in order to blot out the yearly sins of Israelites. This sacrificial system was a law that God had given through Moses.

For What Purpose Do We Believe in Jesus?

The purpose for which we believe in Jesus is to receive the remission of our sins. When Jesus came to this earth for the first time, He did not come in majesty like this world’s kings. On the contrary, He had abandoned the glory of Heaven and came as a root out of dry ground. Even though Jesus came to this earth incarnated in a body that had nothing to desire, He is not just an ordinary man, but He is God Himself. Because Jesus came to this earth in humbleness, many people of those days did not receive Him. They were therefore excluded from His wonderful salvation. Most Israelites did not believe in the Word of the Bible. As they each were more interested in the glory of their flesh than the salvation offered by Jesus, they did not believe in the wonderful gospel of the water and the Spirit with the desire to attain it.
Moses Is the Representative of the Law in the Old Testament
Moses received the Law from God, and he relayed His clear commandments to the people. God gave no less than 613 statutes and commandments to mankind. This Law is constituted by the statutes that must be kept toward God, and the divine norms of life that are indispensable for human beings to live in harmony with each other. Moses clearly relayed God’s Law to the people. Yet despite this, the people did not realize their sins even after receiving God’s Law.
God taught the method of the remission of sin through the sacrificial system in the Bible. In the Old Testament, for a sinner to receive the remission of his sins, he had to pass them to his sacrificial animal by laying his hands on its head without fail. And he had to draw its blood and put it on the horns of the altar of burnt offering. That is how God had set forth the law of salvation, and how He had decided to bless all mankind by delivering it from sin.
Mankind’s sins had to be passed onto the head of the sacrificial animal through the laying on of hands. And God said that if anyone believed in His Word according to the law established by Him, he would be saved from all sins. Despite this, however, the people of Israel are still awaiting for their Superman-like Savior even now. But Jesus, a leader more powerful than even Moses, has come to them and ascended to Heaven already. He has already come to the people of Israel and the Gentiles alike, and ascended back to Heaven.
But they did not believe in Jesus. This Messiah was so wise that to complete the work of perfect salvation, He came to this earth quietly, received the baptism given by John the Baptist, carried the sins of this world as a result, bore the condemnation of the sins of mankind by being crucified, and has thereby saved the entire human race. After being baptized by John the Baptist, Jesus shed His blood on the Cross, and just before dying, He testified that He had completely fulfilled salvation from sin, saying, “It is finished!” (John 19:30) He then rose from the dead again, and having ascended to Heaven, He now sits at the right hand of the throne of God the Father.
In a village in Israel called Bethlehem, Jesus the Savior of sinners was born. In outside appearance, it seemed as though He had come as someone lowlier than even an ordinary person. So many people could not believe that Jesus was the Messiah. However, we are now able to recognize Jesus, who came by the gospel of the water and the Spirit, and we can also believe in Him. If only we examine this Jesus more closely, we can see that He is the Son of God, the Creator, and the Savior of mankind. We can recognize clearly that Jesus is God Himself, and we can also meet with Him by faith.

What Is the Wonderful Gospel That Every Sinner Must Believe?

In order to be remitted from one’s sins, everyone must believe in the gospel of the water and the Spirit that Jesus fulfilled through the baptism He received from John and His blood on the Cross. Everyone must believe in this wonderful gospel of the water and the Spirit. Yet despite this, too many people are making an irrevocable mistake by refusing to recognize the Truth that the baptism Jesus received from John the Baptist and His blood constitute their salvation. They understand and believe that Jesus has saved mankind simply by shedding His blood on the Cross.
But what a mistaken understanding is this? Jesus was the Lamb of God who blotted out the sins of the world once and for all. By being baptized by John the Baptist, He accepted all the sins and blemishes of this world, and with the blood that He shed crucified to the Cross, He blotted out all these sins. Yet many people failed to recognize Him as their Savior.
Jesus always treats us gently. In this Bible is contained the blessed Word, the wonderful gospel that makes it possible for everyone to be born again of the water and the Spirit. All those who want to believe in Jesus must believe in Jesus the Son of God who has come by the gospel Word of the water and the Spirit, and thus receive the remission of their sins.
The Word of the Bible is a treasure house of the wonderful gospel that enables us to receive the remission of sin and the Holy Spirit. Let us then all believe in the gospel of the water and the Spirit given by the Lord, and let us all thus receive the true remission of our sins, everlasting life, and the living water.
Terms and Conditions Privacy Policy Cookie Declaration Contact Us