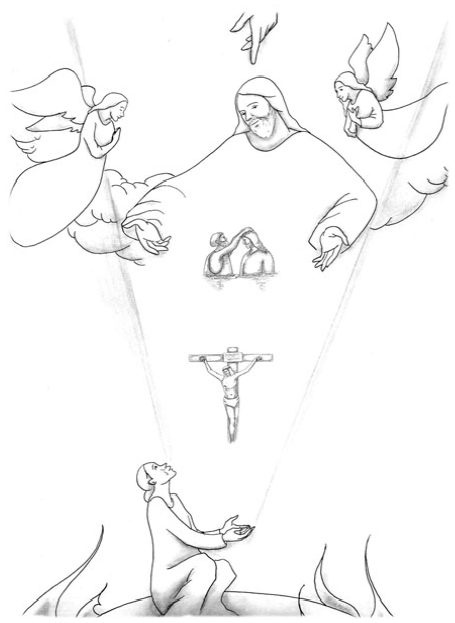 (John 6:41-51)
“The Jews then complained about Him, because He said, ‘I am the bread which came down from heaven.’ And they said, ‘Is not this Jesus, the son of Joseph, whose father and mother we know? How is it then that He says, ‘I have come down from heaven’?’ Jesus therefore answered and said to them, ‘Do not murmur among yourselves. No one can come to Me unless the Father who sent Me draws him; and I will raise him up at the last day. It is written in the prophets, ‘And they shall all be taught by God.’ Therefore everyone who has heard and learned from the Father comes to Me. Not that anyone has seen the Father, except He who is from God; He has seen the Father. Most assuredly, I say to you, he who believes in Me has everlasting life. I am the bread of life. Your fathers ate the manna in the wilderness, and are dead. This is the bread which comes down from heaven, that one may eat of it and not die. I am the living bread which came down from heaven. If anyone eats of this bread, he will live forever; and the bread that I shall give is My flesh, which I shall give for the life of the world.’”

The Lord Is the Bread of Life

Whom Does God the Father Lead to Jesus?