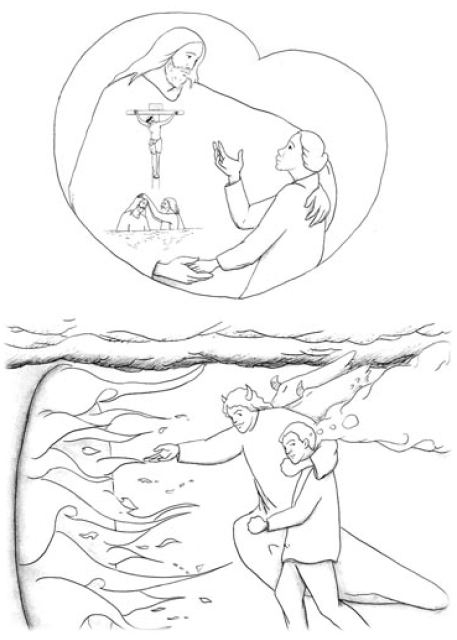 “You Do the Deeds of the Devil, Your Father”

For the First 10 Years of Believing in Jesus, I Was a Person of the Devil

People Think of Themselves as Being Virtuous

Naturally, people are a brood of evildoers. Something that is filthier than a disgusting slop pail is compared to that of a human heart. In essence, the human heart is something extremely filthy,
“The heart is deceitful above all things,
And desperately wicked;
Who can know it?” (Jeremiah 17:9)
But the Lord came to us ‘the filthy’ and completely cleaned out these filthy and ugly sins with the gospel of the water and the Spirit. He came to this earth, took on our sins once and for all by receiving the baptism from John the Baptist, vicariously received the judgment at the Cross on our behalf, resurrected from the dead, and thereby saved us. Like this the Lord became our Savior all of His own volition. And by our acceptance and faith in the Word of God we became children of God, and the Holy Spirit came to reside in our hearts. We have to call the Holy God, our Abba Father, for we have become children of God after having received the remission of sins and having received the Holy Spirit as a free gift. Now we are no longer those who are ‘the filthy’. We are the clean the pure. We are those who are the honorable. We are the dignified workers. We have become people like this.
Although having been born again, we must not chase after the desires of the flesh, but if we do this then we not be able to avoid our own destruction. As for you all, I hope you don’t forget the fact that fleshly thoughts leads to death. The Bible says, “The gift of God is eternal life in Christ Jesus our Lord” (Romans 6:23). There are spiritual thoughts and then there are fleshly thoughts. There are the truly born-again, and then there are those who have not yet been born again. As for the gospel, there is a nominal gospel and then there is the gospel of the water and the Spirit.
But when the Truth comes, everything will be separated. This is why in chapter 1 of the Book of Genesis talks about separation: On the first day light and darkness got separated. On the second day, the waters above the firmament and the waters below the firmament got separated. On the third day, God said, “Let the dry land appear,” the dry land and the waters got separated. On the fourth day, as well as the fifth day was like that. Even up to this time, God is doing the work of separating the children of God from the children of the Devil.
I am so very thankful to God for having made us His children, and I hope that everyone will be receiving the salvation from their sins. My earnest desire is that everyone in this world would escape from being a slave of the Devil.
Terms and Conditions Privacy Policy Cookie Declaration Contact Us