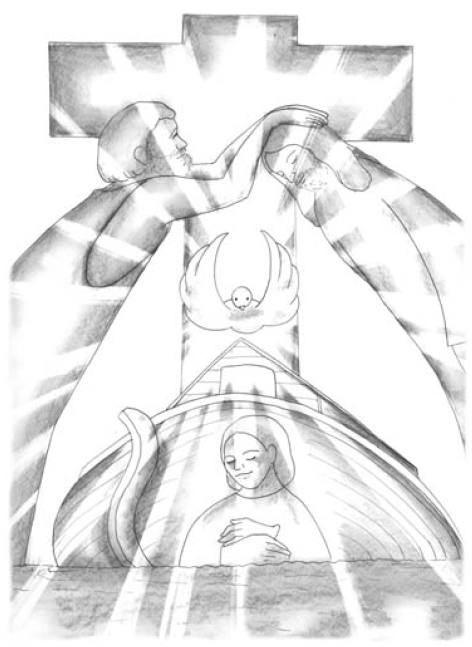 (John 10:11-18)
“I am the good shepherd. The good shepherd gives His life for the sheep. But a hireling, he who is not the shepherd, one who does not own the sheep, sees the wolf coming and leaves the sheep and flees; and the wolf catches the sheep and scatters them. The hireling flees because he is a hireling and does not care about the sheep. I am the good shepherd; and I know my sheep, and am known by my own. As the Father knows me, even so I know the Father; and I lay down my life for the sheep. And other sheep I have which are not of this fold; them also I must bring, and they will hear my voice; and there will be one flock and one shepherd. Therefore my Father loves me, because I lay down my life that I may take it again. No one takes it from me, but I lay it down of myself. I have power to lay it down, and I have power to take it again. This command I have received from My Father.”

The Good Shepherd Even Gives up His Life for His Sheep

We Believe the Lord Is Truly the Good Shepherd