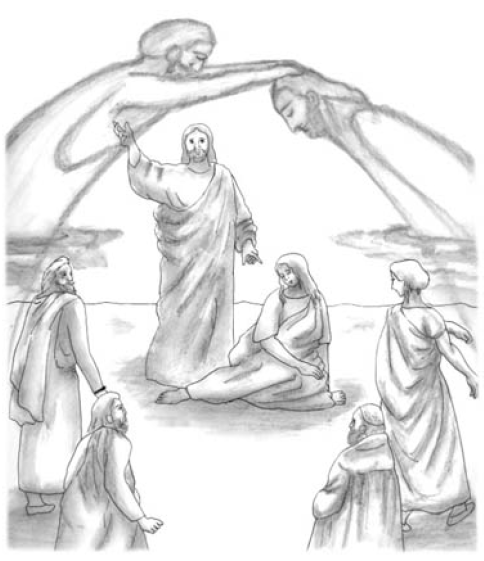 Those Who Believe in the Righteousness of God Will Live Again

That there is ‘the resurrection’ means that those who have been born again by believing in the gospel of the water and the Spirit will for sure live again. We must realize that all those who were born again through the gospel of the water and the Spirit will be resurrected for sure when the Lord comes again. God will raise them back to life and make them live again enjoying the glory and splendor of Heaven. The Lord has shown the righteous that they will live again. We must latch on to this that there is resurrection for us, and that we will live again. Do you believe that we will live forever? Do you believe that the Lord has given us everlasting life?
Resurrection is found amongst the righteous. If we are to attain new life after death and reign for a thousand years with the Lord, we ought to think about what we should do for our remaining lives on this earth. The Lord said that He would give us eternal life. Just as He enabled us to be born again, He will also give us everlasting life. We will be raised back to life after death, and we will live forever with the Lord. When we think about living forever above all else, we are compelled to think about what it is that we should live for now, what should be the purpose of our live now, and what we should do whilst we are still alive on this earth.
There are several passages in the Bible addressing this issue. In particular when we turn to 1 Corinthians 15:48-58, we can verify what the Word says about our resurrection: “As was the man of dust, so also are those who are made of dust; and as is the heavenly Man, so also are those who are heavenly. And as we have borne the image of the man of dust, we shall also bear the image of the heavenly Man. Now this I say, brethren, that flesh and blood cannot inherit the kingdom of God; nor does corruption inherit incorruption. Behold, I tell you a mystery: We shall not all sleep, but we shall all be changed—in a moment, in the twinkling of an eye, at the last trumpet. For the trumpet will sound, and the dead will be raised incorruptible, and we shall be changed. For this corruptible must put on incorruption, and this mortal must put on immortality. So when this corruptible has put on incorruption, and this mortal has put on immortality, then shall be brought to pass the saying that is written: ‘Death is swallowed up in victory.’ ‘O Death, where is your sting? O Hades, where is your victory?’ The sting of death is sin, and the strength of sin is the law. But thanks are to God, who gives us the victory through our Lord Jesus Christ. Therefore, my beloved brethren, be steadfast, immovable, always abounding in the work of the Lord, knowing that your labor is not in vain in the Lord.” Like this the Apostle Paul wrote in His letters that when the last trumpet sounds, the dead will be raised incorruptible, and we will also be transformed.

Those Who Will Partake in the First Resurrection

For God Has Given to Us Not Only Salvation but Also Everlasting Life, We Will Enjoy Glory and Splendor in Heaven