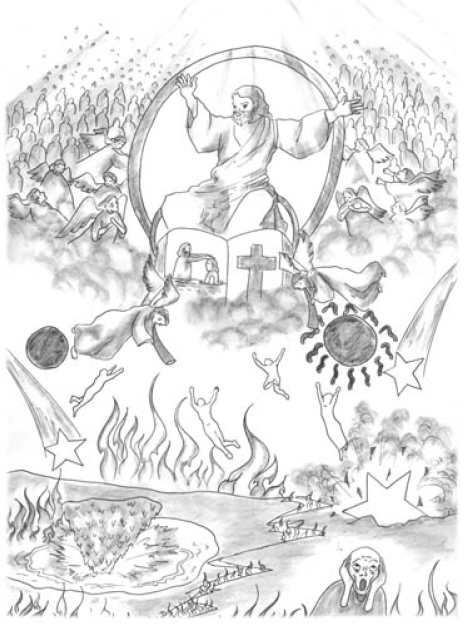 (John 12:20-33)
“Now there were certain Greeks among those who came up to worship at the feast. Then they came to Philip, who was from Bethsaida of Galilee, and asked him, saying, ‘Sir, we wish to see Jesus.’ Philip came and told Andrew, and in turn Andrew and Philip told Jesus. But Jesus answered them, saying, ‘The hour has come that the Son of Man should be glorified. Most assuredly, I say to you, unless a grain of wheat falls into the ground and dies, it remains alone; but if it dies, it produces much grain. He who loves his life will lose it, and he who hates his life in this world will keep it for eternal life. If anyone serves Me, let him follow Me; and where I am, there My servant will be also. If anyone serves Me, him My Father will honor. Now My soul is troubled, and what shall I say? ‘Father, save Me from this hour? But for this purpose I came to this hour. Father, glorify Your name.’ Then a voice came from heaven, saying, ‘I have both glorified it and will glorify it again.’ Therefore the people who stood by and heard it said that it had thundered. Others said, ‘An angel has spoken to Him.’ Jesus answered and said, ‘This voice did not come because of Me, but for your sake. Now is the judgment of this world; now the ruler of this world will be cast out. And I, if I am lifted up from the earth, will draw all peoples to Myself.’ This He said, signifying by what death He would die.”
It is a fact that from the ancient times to now, humanity has been trying to solve the problem of death. From kings to the ordinary people, all human beings have tried everything to solve the problem of their death. There was, however, no one on this earth who could solve this problem, but only Jesus Christ could give the correct solution to this intractable problem.
In ancient burial custom, mummies were quite common. What we can find out from these mummies is that mankind has had a fundamental hope for eternal life. People used to offer sacrificial offerings to such gods of their own making as the sun god, begging for blessings. For some gods, such sacrificial offerings were at times human beings themselves. Why did they do so? Because they believed that there would be glorious life waiting for them in the world beyond their death. They believed, in other words, that there would be their resurrection. People who gave offerings to a god thought that the wrath of this god would end as they gave offerings to him. We can see from this fact just how many people had dreamt of the next world and lived their lives for the purpose of attaining eternal life.
We can see this from the ancient kings of history also. The first emperor of China, Qin Shi Huang, was one of those who sought to live forever in this world. He ordered his servants to find the elixir of eternal youth, and many of his servants sent out in search of the elixir were lost in far away places and never made it back. He had made them search for a magic herb that would put a stop to the death of the flesh in this world and enable him to live forever. However, he died at the age of 50 in spite of his desperate endeavors. Like this, it has been everyone’s common hope to solve the problem of death.
Most people believe in their afterlife. We can verify this fact from the discovery of the archeological artifacts of the Emperor Qin, who upon his death had hundreds of thousands of terracotta armies buried along with his own dead body. The Emperor Qin, wanting to be protected by his armies even after his death, certainly dreamt of living and enjoying his power and authority forever. When we see this, we can realize that everyone has this desire to be freed from death and live forever.

Do You Know That Jesus Christ Has Solved the Problem of Death for Everyone?