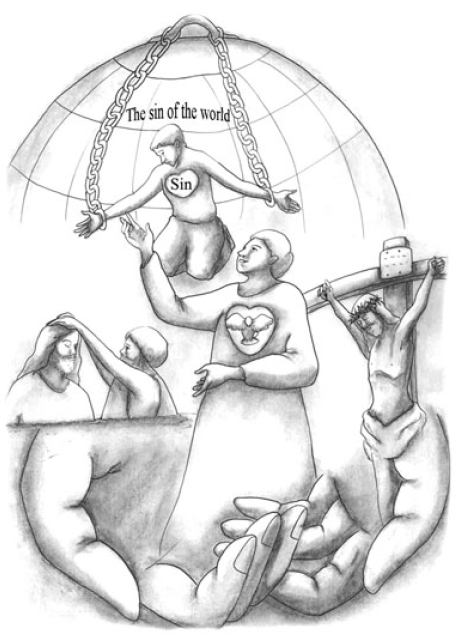 Terrible Things Will Happen in the End Times of the World

It’s written, “If anyone worships the beast and his image, and receives his mark on his forehead or on his hand, he himself shall also drink of the wine of the wrath of God” (Revelation 14:9-10). That’s right. Here our Lord said “anyone.” So you must decide now whether you will choose martyrdom or not.
But there is one thing that you have to be careful here. Just because you’ve been asked to make your decision, you shouldn’t determine yourself to embrace martyrdom on your own will. What you need here is not your will of the moment, but true and sincere faith. Whether you truthfully believe in every Word of the Lord is what’s really important. When the hour of the last tribulation comes, you will act according to your faith.
You may think now that you will never accept the mark, but we all know just how weak man’s willpower is and how easily it can be broken at some prodding. Even among us, I am sure that there are some people who, despite being so determined, will end up receiving the mark when their lives are threatened. Such people will choose to receive the mark rather than facing execution right away, and thus try to survive even for just ten more days. However, in no time fire and hail will rain down from the sky, making it impossible for them to live anymore. Or perhaps they will come down with some incurable disease and live a wretched life until the day the Lord returns. Unless you have the faith to believe from the depth of your heart that the Lord has clearly saved you with His water and blood, the consequences are as predictable as the scenario I just outlined here.
Seeing our faith, the Lord has already accounted us to be sinless. Now we must choose between two choices, whether we would embrace martyrdom at the last hour of tribulation according to our faith or receive the mark instead. Those with a strong will, who swear that they will never, ever receive the mark, will actually end up receiving it faster than anyone else. Just as Peter had betrayed Jesus despite having sworn to never betray Him, your own willpower is bound to be broken. Man’s willpower is nothing. Even when it comes to those with a strong determination, if enough pain is inflicted on them and inducements are offered to them, most of them will crumble in no time. The determination of man cannot last even a month, far less a year. That’s why referring to the willpower of man, a proverb in Korea says that resolutions last only three days. Most people see their resolution last three days; for the stubborn, it may last for two months; and even for those with a remarkably strong willpower, it will last no more than a year. What’s the same for everyone, however, is that all will surrender sooner or later.

We Prepare Our Faith for the End Times Not by Strengthening Our Own Resolve, but by Solidifying Our Faith in the Word

You must never trust in your own human determination. No matter how resolute you may be, there is no one who can stand up to violence to the end. If you’ve been to a psychiatric hospital, you may have seen the demon-possessed going berserk, screaming, rolling on the floor, and shouting out all kinds of nonsense. But even the demons in them tremble and stop their seizure at the first sight of the hospital workers wielding batons to subdue them. Even when someone is demon-possessed, he is subdued into silence when violence is inflicted on him, and that’s because everyone is fundamentally afraid of pain. This shows just how weak man’s determination is.
Therefore, whenever the Word is preached to you in these ordinary times, you must believe in this and live out your faith accordingly. Even though your acts are insufficient, if you have a strong faith, then this in itself is sufficient. But if you don’t believe, then everything is futile. Unbelief renders everything useless. It is now at this very moment that you must believe. When the day comes for your martyrdom, it is the very faith you now have that will enable you to overcome your fears. The Holy Spirit will remind you of the Word that you had heard before, and He will strengthen you and embolden your heart with resolve so that you may boldly choose martyrdom over the mark of the Beast. At that time the Holy Spirit will also put words to your lips to speak out your faith.
However, if you don’t believe in the Word of God, then it’s all useless. You can never overcome the Devil by relying on you own human strength. Through the Word, we must reach a clear understanding of what will happen on the last day, and we must believe in the Word of God now to prepare for that day. When the end times come, the Devil and his followers will seize the born-again and force them to receive the mark, and they will surely kill whoever refuses to receive the mark.
However, God also said that He would provide a way of escape to those who have truly lived by faith. It is therefore absolutely indispensable for us to live by faith. I admonish each and every one of you to lead your life of faith not by your own willpower, nor by your own stubbornness, nor according to your own circumstances, nor by your own tact, but by genuine faith.
My fellow believers, when the last day comes, the born-again will be clearly distinguished from everyone else who has not been born again. Those who have not been born again will take the lead in arresting and murdering the born-again. The born-again will not try to escape from them. The faithful will not succumb to cowardice but defend their faith even if they are beheaded, and they will face their end boldly by this faith. The faithless, in contrast, will struggle cowardly to save their lives, only to die a wretched death in the end.
We must lead our lives by the right faith. We must live by faith this very moment and also in the future. Let me reiterate once more here that your own human will and resolve are ultimately useless.

When the Holy Spirit Comes, He Tells Us Three Things