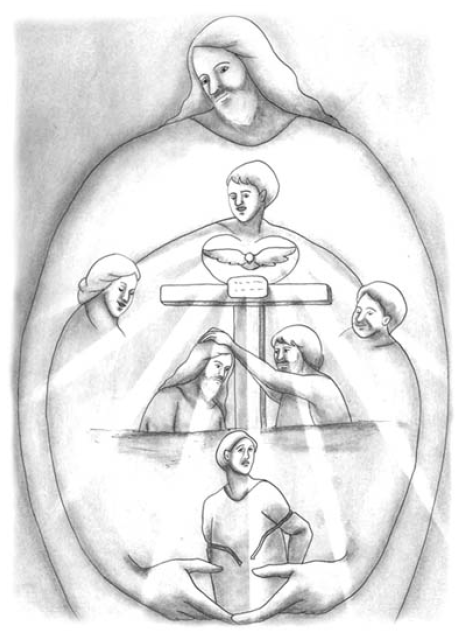 The Lord’s Last Words to His Disciples

Who Can Receive All the Heavenly Blessings Bestowed by God?

When we turn to Genesis in the Old Testament, we see God speaking to Rebekah around the time she conceived Jacob and Esau: “Two nations are in your womb, Two peoples shall be separated from your body; One people shall be stronger than the other, And the older shall serve the younger” (Genesis 25:23). God when He speaks knows everything beforehand. He knows who among the countless people in this earth would truly believe in Him as the Savior. This does not mean that God has chosen certain people whilst rejecting others arbitrarily. Although some theologians make such hypothetical claims, their teachings by itself is no more than an irrational conjecture that makes a mockery out of God’s justice. This is because they do not understand the Bible correctly.
What God said about Esau and Jacob, that Jacob would rule over Esau and Esau would serve Jacob, was fulfilled exactly as God foretold. Why did Esau then come to serve Jacob, while Jacob received and enjoyed God’s blessings? It’s because Esau trusted in his own power, rather than relying totally on God. So God knew in advance that Esau would reject His help and love and perish without being saved, this is because God had told his mother about it beforehand. What is obvious is that God is truly a just God. So we see through this that whether you are blessed or not is really your own choice.
Even among today’s people, we find many who trust in their own strength and might of the flesh, rather than accepting Jesus Christ who came by the gospel of the water and the Spirit as their Savior. Usually it is those who are strong-willed and stubborn that do this, these very people reject the gospel of Jesus outright by saying that they don’t need it, no matter how much it is preached to them.
Who then would accept this God-given love and blessings, live in happiness be always thankful for these blessings, and attain salvation and eternal life to enter Heaven? It’s none other than those who are like Jacob. But we know that Jacob was a weak man. Nevertheless he was a shrewd man in mind and wit. In his days, hunting and farming were the two main occupations, but Jacob was such a weak man that he was no good at hunting or farming. So because of this he believed in God, (whom his parents also believed in), and trusted in this God and sought His help. Because he yearned for God’s blessings, he was indeed blessed by God in the end. It was on account of his faith in God’s blessings that he actually attained them. Just as God had spoken beforehand about these two different lives of Jacob and Esau; our Lord told the disciples beforehand that the hour had now come, for He knew all about how He would die in a few days.

The Ministry of Jesus That Was Fulfilled for Our Salvation