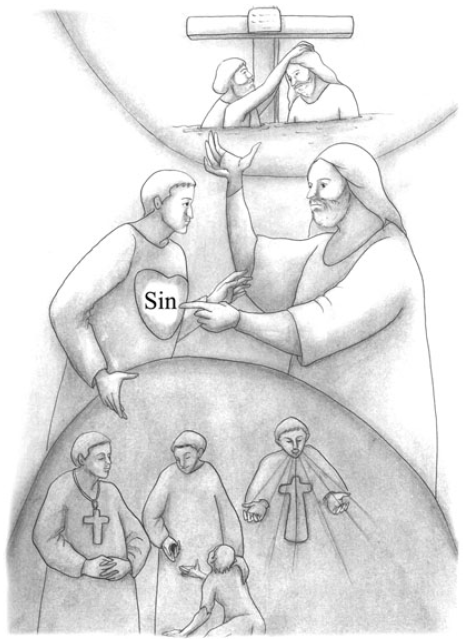 Those Who Persecute Jesus Must Contemplate Their Behavior

In my own household, many of my relatives think ill of me. Even though I have never done anything to deserve this, which is how I have often been treated after believing in the Lord.
I had been taking care of my nephews, but after I met the Lord, I could no longer help them. I just could not find the means to take care of them as I was trying to serve the Lord faithfully. To help them, I had to make money, but this left me with little time to serve the Lord. Even before that, I couldn’t help them as much as I wanted to as I was not a rich man, but I still thought that I did my best.
When I met the Lord, and I could no longer help my nephews as I had to serve the gospel, and because of this my relatives blamed me. They tarnished me with so many accusations and made me look like such a bad person, but when I listened to what they were saying, much of it was just unreasonable. Many times I wondered to myself what it was that I had done to them to deserve to hear such nasty words. Everything I had done to help my nephews, they considered it only as a rightful duty. And now that I was no longer able to help them, my relatives thought that I was doing something scandalously inappropriate. So I was deeply distressed, feeling that all my previous efforts were in vain.
My family members thought that I was making a lot of money. In general, pastors in Korea are paid quite well. Most of them get paid several thousand dollars a month at least, and in some large churches, it’s not unusual for the monthly salary to exceed $10,000. If I did not help my nephews even as I was living in luxury, then that would have been wrong. But the reality was I did not have any money to help them. Whatever money I had, it had to be spent to serve the gospel. My relatives gave me much grief, saying that I was not helping my nephews even as I was ministering as a pastor.
But I did not consider their treatment regrettable. No matter how harshly they criticized me, I told them that whatever money I had, I would spend it all to serve God. You probably have some relatives like mine; you probably have some relatives who treat you as though you were doing something grievously wrong, stand up against you and persecute you, just because you believe in Jesus. But we have done nothing wrong to them. On the contrary, it is these very people who don’t believe in Jesus is what is wrong. Yet sadly, we are treated as though we have done something greatly wrong.
It’s not just families and relatives, but friends can also persecute you. Have you not felt that your friends are ignoring you and mocking you for no other reason than the fact that you believe in Jesus? Some of my friends even tried to force me to drink liquor when I told them that I believed in the Lord. I once told such friends that if they really wanted to, they could try to force me to swallow even a single drop of liquor. I said to them, “If I swallow even a single drop, I will give up my faith in Jesus and follow you for the rest of my life to torment you. So if that’s what you want, pour that drink over me! What’s so wrong to believe in Jesus?”
Many people mistakenly think that Christians should be persecuted and oppressed. They have this misconceived idea that Christians must be trampled upon time after time like worms. They think, “Since I don’t believe in Jesus, they are begging me to believe even though I am persecuting them. They will beg even more if I continue to persecute them.”
But that is a mistaken notion. Who should be begging whom? Jesus is the Savior, while we were sinners. We were all destined to be judged and cast into everlasting destruction. So who can be confident and before whom? Sinners are in no position to be confident in themselves, but rather to beg for their salvation. Yet despite this, some of them still judge on their own fallacious thoughts and persecute Christians. This is completely wrong. They are the ones who must repent.

The World Must Indeed Kneel before Us