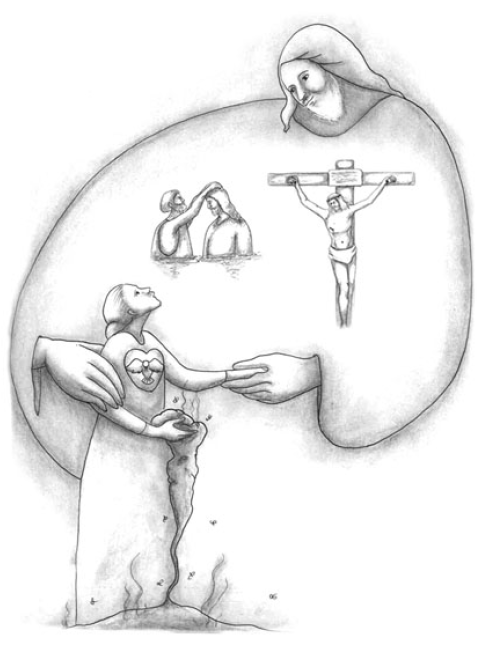 After Being Interrogated, Jesus Was Taken to the Palace of Pilate the Roman Governor

Today’s Scripture passage comes from John 18:25-45. In Israel at that time the office of the High Priest was rotated once a year, and in that year Caiaphas was the High Priest. Jesus was first taken to Annas, the father-in-law of Caiaphas, and from there He was taken to Caiaphas. The people of Israel put a great deal of emphasis on various festivities, not to mention the Sabbath Day. As a matter of fact, Jesus was arrested and interrogated just when such a feast was at hand, at the very night before the Passover Day after He had the Last Supper with His disciples.
After being interrogated at Caiaphas’ residence, Jesus was once again taken to the Praetorium, the palace of Governor Pilate. To keep the statutes of the Passover, the Jews did not enter the Praetorium, and so Pilate came out and asked them, “What accusations do you bring against this Man? What crime has He committed that you have brought Him to me?” The people of Israel then said, “If He were not an evildoer, we would not have brought Him to you. He is a sinner, an extremely evil Man. He is a violent Man who has committed many sins.” Pilate then asked the Jews again, “Then you take Him and judge Him yourselves.” The Jews then said to Pilate, “We have no authority to put anyone to death.” They had brought Jesus to Pilate to put Him to death.
Pilate then entered the Praetorium again and then asked Jesus, “Are you the King of the Jews?” Since Pilate was the Roman Governor sent to rule over the colony, there was only one crime for which he could put Jesus to death: The only crime punishable to death was revolting against Rome and its emperor. If Jesus had claimed Himself to be the King of the Jews and incited the people of Israel to revolt, then his execution was justified. That’s why Pilate asked Him, “Are You the King of the Jews?” (John 18:33) If Jesus said yes, then Pilate could just sentence Him to death without listening any further. Since there could be no two rulers in one country, if Jesus said that He was the King, this would have been a proper ground for Pilate to put Him to death according to the Roman laws.
Jesus then said to Pilate, “Are you speaking for yourself about this, or did others tell you this concerning me?” (John 18:34) Pilate answered, “Am I a Jew? Your own nation and the chief priests have delivered you to me. What have you done?” Since Jesus was accused of claiming to be the King of the Jews, Pilate intended to judge Him on this accusation and sentence Him to death. But Jesus asked Pilate, “Are you speaking for yourself about this, or did others tell you this concerning me?”
What Jesus said here was not a clear answer to Pilate’s question. Instead, Jesus asked Pilate in return, “I did not say that I was the King of the Jews, and so is it not the people of Israel or you who are saying this?” Jesus did not fall into the cunning trap of Pilate. So Pilate said, “I am not a Jew. But your own people have delivered you to me. What is it that you have done for these people to bring accusations against you?”

Jesus Is the King of His Own Kingdom

Jesus Came to This Earth to Testify the Truth