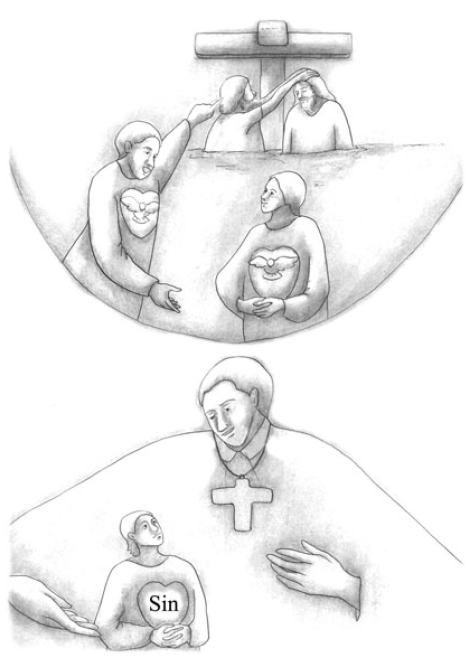 (John 18:28-40)
“Then they led Jesus from Caiaphas to the Praetorium, and it was early morning. But they themselves did not go into the Praetorium, lest they should be defiled, but that they might eat the Passover. Pilate then went out to them and said, ‘What accusation do you bring against this Man?’ They answered and said to him, ‘If He were not an evildoer, we would not have delivered Him up to you.’ Then Pilate said to them, ‘You take Him and judge Him according to your law.’ Therefore the Jews said to him, ‘It is not lawful for us to put anyone to death,’ that the saying of Jesus might be fulfilled which He spoke, signifying by what death He would die. Then Pilate entered the Praetorium again, called Jesus, and said to Him, ‘Are You the King of the Jews?’ Jesus answered him, ‘Are you speaking for yourself about this, or did others tell you this concerning Me?’ Pilate answered, ‘Am I a Jew? Your own nation and the chief priests have delivered You to me. What have You done?’ Jesus answered, ‘My kingdom is not of this world. If My kingdom were of this world, My servants would fight, so that I should not be delivered to the Jews; but now My kingdom is not from here.’ Pilate therefore said to Him, ‘Are You a king then?’ Jesus answered, ‘You say rightly that I am a king. For this cause I was born, and for this cause I have come into the world, that I should bear witness to the truth. Everyone who is of the truth hears My voice.’ Pilate said to Him, ‘What is truth?’ And when he had said this, he went out again to the Jews, and said to them, ‘I find no fault in Him at all. But you have a custom that I should release someone to you at the Passover. Do you therefore want me to release to you the King of the Jews?’ Then they all cried again, saying, ‘Not this Man, but Barabbas!’ Now Barabbas was a robber.”
We are leading very complicated lives in this world. We struggle with many issues, events, problems and the worries that arise from them to further complicate our lives. So when we worship God, we entrust our troubled minds to the Lord. It’s a tough world out there. As there are so many complicated events happening, we are constantly worried and vexed. A human being is like a tree facing the wind. As a tree sways back and forth in different directions depending on which direction the wind blows, so does everyone also swing left and right depending on his circumstances, thoughts and environments. As everyone lives in this world, everyone is influenced by its affairs.
For example, when a businessman is preoccupied with his business, it’s hard for him not to think about his business affairs even when he is in a worship service. The same goes for everyone else. Keeping one’s faith is not such an easy thing. Nevertheless, we must calm our hearts and put all our worries to rest. Only when we clear our cluttered minds to rest in peace can we truly worship God.
I know very well that just like me, when your mind is preoccupied with something serious, this worry is constantly hovering over your head. As you and I are living in this diverse and complex society that is changing all the time, our minds are very much crowded with many different issues. But in reality, it may be just our outlook that is complicated when the actual situation is not that complicated. After all, if the basic needs for clothing, food and housing are solved, the rest of the problems are not such big worries. Perhaps we humans are trying to solve the problem of basic needs in a needlessly complicated way when it could be solved rather easily and simply.
Nonetheless, I am fully aware how difficult and hard it is for you and me to defend our faith in these end times. But even so, we must lead our lives of faith unwaveringly, clearing our cluttered minds and surrendering them to the Lord, and always listening closely to the Truth of the water and the Spirit.

The Events That Occurred about 2,000 Years Ago

Jesus Answered, “My Kingdom Is Not of This World”

Our Lord Jesus and His interrogator Pilate were speaking in completely different dimensions. Pilate was just interrogating Jesus in the usual way. He followed the standard procedure and tried to induce Jesus into admitting Himself that He was the King of the Jews. Pilate wanted to make Jesus admit to treason and sentence Him to death quickly and so he asked these three short questions. But our Lord Jesus gave completely unexpected answers to these questions. He said to Pilate, “My kingdom is not of this world.”
So Pilate asked Him again, “Are You a king then?” Jesus answered, “You say rightly that I am a king.” This was akin to fully admitting to sedition when measured by the secular law. So Pilate now had enough grounds to sentence Jesus to crucifixion. But there is one important issue that stands out here. What Jesus admitted was of a completely different dimension from the act of treason that the people at that time thought. The Lord said, “You say rightly that I am a king. For this cause I was born and for this cause I have come into the world, that I should bear witness to the truth. Everyone who is of the truth hears my voice.”
When Pilate kept on asking, “Are You the King of the Jews?” Jesus answered him by saying, “You are right. As you say, I am the King, but My Kingdom is not of this world. And for this cause I was born: To save everyone in this world. I came not only for the Jewish people and nation, but for all the people of the world. I was born on this earth to bear witness of the Truth and save everyone.” He also said that everyone who was of the truth would hear His voice. As Pilate could not quite understand Jesus’ answer, he asked helplessly once again what the truth was.
The interest of the worldly people is actually very different from your interest and mine. While the born-again are interested in spiritual things, secular people are interested only in their carnal affairs. Such people of the flesh are only interested in the things happening in the present world; they do not care about ancient Biblical events, which still give us important spiritual lessons. People’s lives are increasingly focused only on visible, materialistic aspects, and their interests are drifting further away from spiritual concerns.
We can see this from the conversation Pilate had with Jesus here. Pilate asked very realistic questions, but Jesus spoke of spiritual things. Jesus was in fact the King of the Jews. The King here means the spiritual King of the Jews. The Jews were Abraham’s descendants, and God called Abraham and his descendants the chosen people. God said that He was the Master of the Jewish people. In other words, God and Jesus are the spiritual Kings of the Jews.
Pilate Could Not Find Any Fault with Jesus
Jesus was the King of the lost in this world, their Leader and their Guide; He had come to testify to them what the Truth was. And our Lord did in fact bear witness to the Truth. What is this Truth then? It is that God the Father loved the world so much that He sent His only begotten Son to this earth, passed all the sins of the world to this Son, delivered His Son to be crucified, and raised Him from the dead. In other words, that Jesus Christ has blotted out all our sins and saved us is the very Truth. Jesus had come to this earth for this work, to bear witness to it.
So, even as He was standing in the court of Pilate, Jesus bore witness to the Kingdom of Heaven and the Truth: “I am the King of the Jews. I have come to save the lost. And I have come to bear witness to the Truth.” The Lord was born on this earth through the body of the Virgin Mary, shouldered the sins of the world by being baptized by John, was sentenced to death and died on the Cross, and rose up from the dead, all done to save us. This is the Truth. We must believe in this Truth of God. The reason why the Lord came to this earth was to fulfill the righteousness of God that saves everyone who believes in it and to testify this Truth.
Pilate asked, “What is truth?” He just could not understand what the Truth was. People today are also equally ignorant of it. They keep doubting and asking, “What’s truth?” At the main entrance to Seoul National University, there is a banner with an excellent motto that reads, “The Place Where the Truth Is Searched.” What then is the Truth? It’s simple. The Truth is that Jesus Christ came to this earth and has saved us through the gospel of the water and the Spirit. Yet many people still do not know this Truth, just as Pilate asked what the truth was.
Even after interrogating Jesus, Pilate could not find any fault with Him. So He went out of the Praetorium and said to the Jews who were bent on killing Jesus, “I find no fault with this Man at all. But you have a custom that when the Passover comes around, the most important feast among yours, I should release one of the criminals. Should I release this Man, or the famed robber called Barabbas?” If Pilate released Jesus on his own initiative, it would have caused a great deal of unrest. That’s why he asked this question, trying to find a middle ground to listen to the demand of the Jewish people and also release Jesus who was innocent. The Jews then shouted out, “Not this Man, but Barabbas!” Barabbas was a heinous criminal.

Those Doomed to Death Can Find Life through Jesus