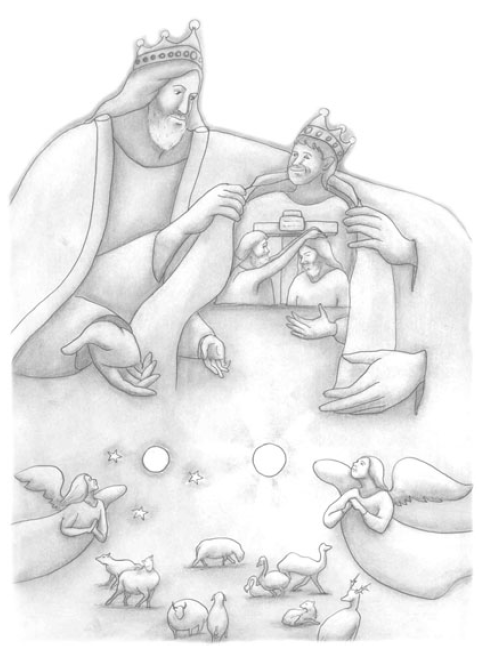 “Peace Be with You”

They kept all the doors and windows locked in order not to be caught by the Jews, when Jesus suddenly appeared amongst them. He said to them, “Peace be with you” (John 20:19). This was the very first greeting to His disciples after He was resurrected. “Peace be with you.”
What is this peace? This Heavenly Peace is the great thing to have. Peace is a state of absence of any danger accompanied with the presence of pure joy. People who do not know this peace call being comfortable and having safe conditions, peaceful. But the word ‘peace’ here was one of the very first words Jesus said to the disciples after He arose from the dead. Jesus greeted them, “Peace be with you.”
We know what Jesus said was very appropriate for that moment. Why did Jesus wish them peace more than anything else? The reason was that the disciples were very uneasy and fearful at that time. That’s right. Since the Jews crucified their teacher Jesus, they were afraid of getting arrested as well for following Him. They were afraid that things would get worse and the Jews would decide to arrest them as well by saying, “Why don’t we arrest and kill those who h followed this Jesus as well?” They were worried that the Jews would want to kill all the followers of Jesus as they did with their teacher.
So at that very moment when they were talking about the risen Jesus with all doors locked in fear of the Jews, He appeared amongst them with this greeting, “Peace be with you.” The disciples physically saw the resurrected Lord. They also saw His hands and side with its wounds. When they saw Him and His wounds, they were overjoyed.

“If You Forgive the Sins of Anyone, Their Sins Are Forgiven”