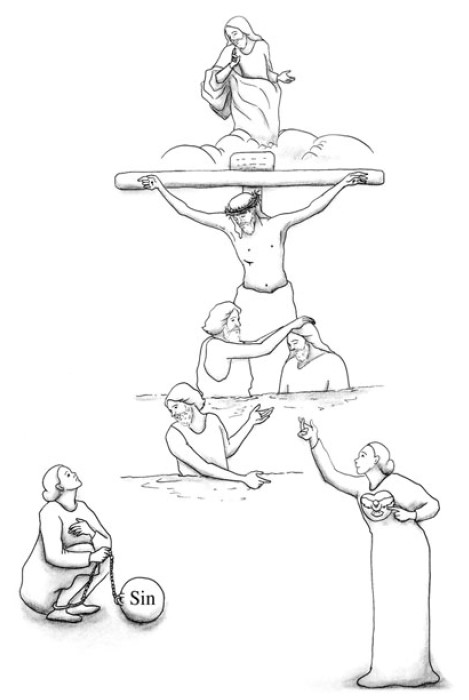 (Mark 1:1-2)
“The beginning of the gospel of Jesus Christ, the Son of God. As it is written in the Prophets:
‘Behold, I send My messenger before Your face,
Who will prepare Your way before You.’”

John the Baptist Prepared the Way of the Lord

Mark 1:1-2 Speaks of the Ministry of John the Baptist

It’s written in John 1:6-7: “There was a man sent from God, whose name was John. This man came for a witness, to bear witness of the Light, that all through him might believe.” The Apostle John testifies here that there was a man sent from God named John, and that it is through his witness that we believe in Jesus Christ. Without the witness of John the Baptist mentioned in John 1:7, how else could you and I have believed in Jesus properly? Given the fact that we’ve never seen Jesus, and that we are all from different cultural, national, and religious backgrounds, how could we have believed in Jesus as our Savior unless we knew the ministry fulfilled by John the Baptist? If we had not known when exactly our sins were passed onto Jesus, if John the Baptist had not testified that he passed the sins of the world along with our own sins to Jesus, then how could we have believed in Jesus as the Savior? Without John the Baptist, the pioneer of the gospel, could we have believed in Jesus as our Savior? Isn’t it only when we examine the foundation of God’s plan of salvation that we can really find out whether Jesus Christ is indeed our Savior or not? Isn’t it only when we know exactly when, how, and through whom your sins and mine were passed onto Jesus that we can really believe in Him? Isn’t this compelling enough?
My fellow believers, Christians who already believe in Jesus must also grasp the ministry of John the Baptist. To be a village leader, one must be literate. Making a leader out of an illiterate person only spells trouble. Not only is this person alone in trouble, but the whole village also suffers as a result.
My fellow believers, only when you understand the ministry of John the Baptist sent by God can you truly be saved from sin. You must realize that when you believe in Jesus, when you accept and believe that He has become your Savior, you yourself can be saved and your salvation is not rendered obsolete. When we have such faith, we can testify with our own lips that Jesus has indeed saved us from all sins because He loves us all. Don’t you agree?
Just as knowledge is imperative to do anything, you must realize that John the Baptist came by the way of righteousness, and you must realize that Jesus bore our sins once for all through the baptism He received from John. Isn’t it only then that we believe in Jesus as our Savior? John the Baptist is the servant of God who passed the sins of this world to Jesus, and he is the last High Priest of the age of the Old Testament.
We should all ruminate on the ministry of John the Baptist in connection with the ministry of Jesus Christ, understand this interrelationship, and make up our minds to believe in Him.
Terms and Conditions Privacy Policy Cookie Declaration Contact Us