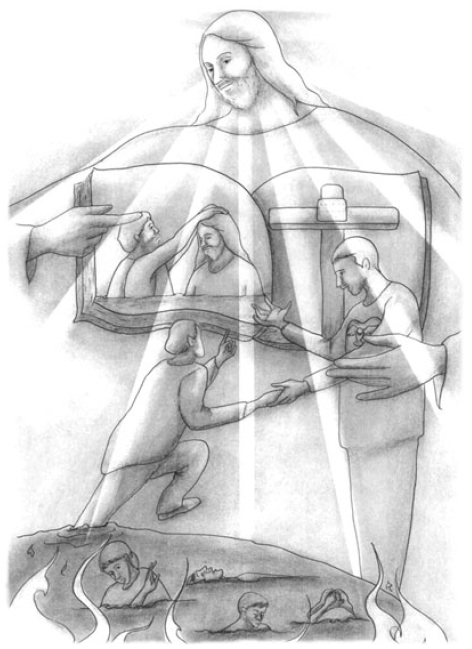 God Lets His Word of Truth Bear Fruits in Our Hearts

On the third day of creation, God made the dry land appear from the waters, and on this exposed earth, He let all the herbs that yield seeds and all the trees come into existence. What does it mean when God said, “Let the dry land appear”? As I’ve mentioned before, in the Bible, the dry land refers to people’s hearts. Why did God then say here, “Let the dry land appear”?
It is because people have to know what the sins inside their hearts are like in order for the power of God’s Word to be able to work in their hearts. Our God commanded the dry land to appear precisely because He wanted to blot out people’s sins and make them disappear once and for all.
If people’s hearts were fundamentally virtuous, there wouldn’t be any need for salvation. But, because people are fundamentally evil in their hearts, they all need to be saved from such sins. In other words, God is saying here that mankind’s sins must be fundamentally exposed. From the very birth, all human beings were born as sinners, and they cannot help but sin until the day they die. Therefore, people have to be able to see how much of a sinner they are, and just how vulgar and evil they are in essence.

What Sort of Fundamental Sins Does Mankind Have in Its Heart?

Do You Believe in the Salvation of Jesus Christ Who Came by the Water and the Blood?

The Gospel of God That Came from Above the Heavens

Human Thoughts: Barriers to a Life of Faith

Reserved Faith Is a Fearful Enemy