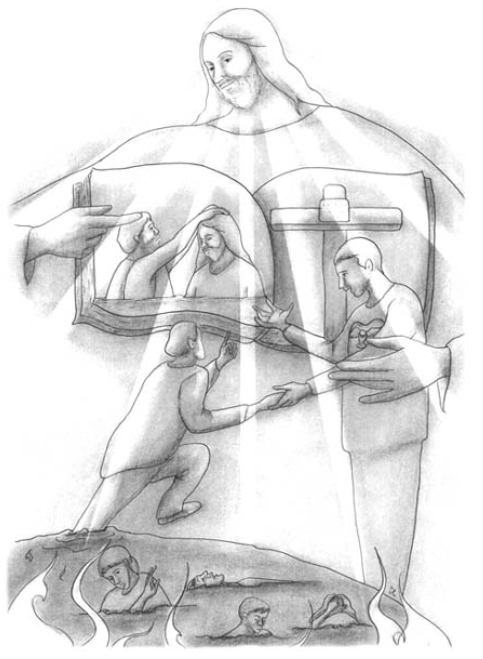 The Ruler of Our Lives Is Jesus Christ

My fellow believers the history of this whole universe and the entire world is the history of Jesus. The word “history” comes from the words “His story.” The world now records its years based on the day when Jesus Christ came. In other words, historical timeline is expressed in terms of AD and BC, and as it is well known; AD stands for Latin words “Anno Domini,” which means “in the year of our Lord,” and BC stands for “before Christ.” Nothing can be found outside the sovereignty of Jesus Christ. Everything in this universe therefore belongs to Jesus Christ.
Through Jesus Christ, the greater light (Genesis 1:16), God divided the four seasons. When we are born on this earth and meet Jesus Christ, it is our spiritual spring, and when we grow faithfully in Jesus Christ, it is our summer, and when we bear the fruits of everlasting life in Jesus Christ, it is our autumn. And when the autumn harvests are gathered together in Jesus Christ and made to live forever in the barn of Heaven, none other than this is our spiritual winter when everlasting life is obtained.
Jesus Christ the Son of God is the Creator who made us, He is our Shepherd and He is the sovereign Ruler who has dominion over all aspects of our lives. Do you believe in this? You may still be struggling with your own thoughts, but you cannot escape from the love of Jesus Christ. It is when we truly discover ourselves in Jesus Christ, and when we come before His presence that we can realize the real meaning of our lives. It is in Jesus Christ that we can be saved in both body and spirit, blossom the flower of life and bear real fruits.
Sadly, right now, there are far too many people in this world who have no idea why they were born and why they must die. They do not know the real purpose of their lives. Even though many people feel that there is something more to their lives than what they see, taste and feel, they are still living in anguish, for they are unable to be truly born again. However, once they are born again of the gospel Word of the water and the Spirit, they will come to realize clearly why they were born on this earth and where they are heading. And they will also know what they must live for. We should all therefore realize how our God would shape and form us.
Once we meet up with the gospel of the water and the Spirit given by the Lord and are thus born again, our lives will be changed. In my case, before I came to realize the gospel of the water and the Spirit and was truly born again, my whole life was utterly meaningless. During that time my life was completely empty without any true satisfaction, and my thoughts were ravaged by confusion. However, when I was wandering and searching for vanity in my ignorance of the real Truth of salvation, our Lord blessed me to realize the gospel of the water and the Spirit through God’s Word of Truth.

Even Now, Jesus Christ Is Illuminating This Earth with the Gospel Truth of the Water and the Spirit

God Made the Stars in the Sky

God’s Servants Are Being Made by God Himself