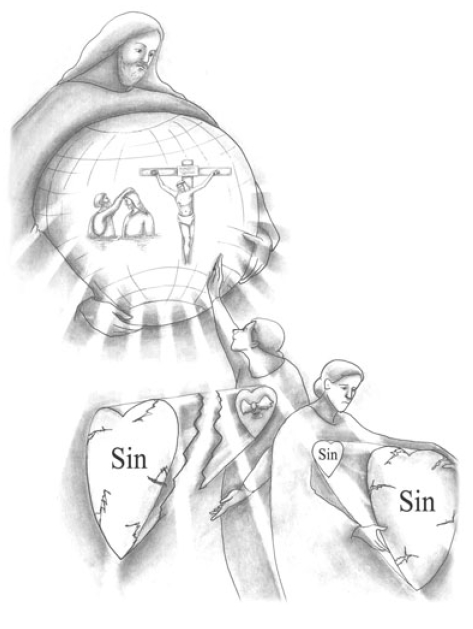 As we turn to Genesis 4:1-5, it is written: “Now Adam knew Eve his wife, and she conceived and bore Cain, and said, ‘I have acquired a man from the LORD.’ Then she bore again, this time his brother Abel. Now Abel was a keeper of sheep, but Cain was a tiller of the ground. And in the process of time it came to pass that Cain brought an offering of the fruit of the ground to the LORD. Abel also brought of the firstborn of his flock and of their fat. And the LORD respected Abel and his offering, but He did not respect Cain and his offering. And Cain was very angry, and his countenance fell.”
Actually, Cain and Abel were not the only children born from Adam and Eve, but many others were born as well. But the Bible only speaks of these two sons, and the reason for this is because God wants to teach us with this passage that among those who profess to believe in God, some are saved, but others are not. Moreover, this passage also teaches us that mankind cannot blot out its sins with the religion of its own making. It tells us that if people want to receive the remission of sins from God and become His people, they must bring to God an offering that’s desired by Him by faith, and give the righteous offering of faith to God.
As Cain and Abel grew up, they each had a job; Cain’s was farming, and Abel’s was cattle-raising. Since Cain was a farmer, he brought such produces of the ground as potatoes, corn, sweet potatoes, and rice and offered them to God sincerely, and he wanted God to accept them. In contrast, Abel took the firstborn of the flock, split open its stomach, took out the fat attached to its entrails, put its flesh and fat on an altar, and offered them to God by burning them. Whose offering did God accept? God rejected Cain’s offering and only accepted Abel’s offering.

The Everlasting Sacrifice of Atonement

Although You and I Both Continue to Sin Even Now, God Has Already Blotted out All Our Sins