[Chapter 6-7] Defend Your Heart by Placing Your Faith in the Gospel of the Water and the Spirit (Genesis 6:13-14) 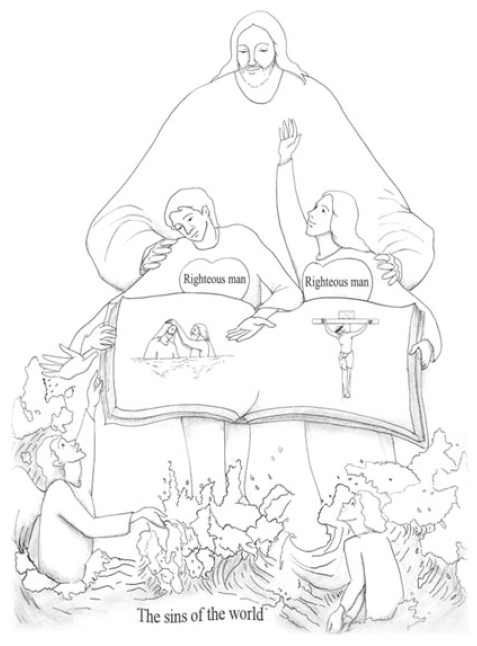 (Genesis 6:13-14)
“And God said to Noah, ‘The end of all flesh has come before Me, for the earth is filled with violence through them; and behold, I will destroy them with the earth. Make yourself an ark of gopherwood; make rooms in the ark, and cover it inside and outside with pitch.’”
Looking at the faithless generation that did not believe in God’s righteousness, our Lord said that He would wipe out this world. When we look at today’s reality, we can clearly see that this world is heading toward its destruction. Although most people are waiting for Utopia to come to this world, it will never get any better. This world will not turn into a paradise on earth, but instead it will turn into a garbage dump, and after then the Millennial Kingdom and the New Heavens and the New Earth will come to the righteous.
While we don’t know exactly how long this world would last, what is clear is that its end is not too far away. Today’s Scripture reading describes that in the days of Noah, the earth was also filled with the wickedness of man. Like in Noah’s time, this present age is also filled with the wickedness of man. In particular, false beliefs are plaguing today’s Christian faith. These days Christians who have not been born again of water and the Spirit are adhering to mistaken beliefs all to challenge the righteousness of God, which is what actually brings salvation to us.
But despite this scenario, even if this planet were to end tomorrow, we must still preach the gospel of the water and the Spirit. Indeed in this age when the end of the world is near, it is even more urgent for us to spread the gospel of the water and the Spirit that saves people from sin. While we do not know exactly when our Lord would return, we do know that it is not too far away, and therefore we should preach the gospel of Truth entrusted to us even more urgently. The Lord said that to Him a thousand years is like a day and a day is like a thousand years. But we only live for 70 or 80 years at the most. So rather than thinking about the end of the world according to our own thoughts, we should think of it according to the Word of the Lord and be ready for it with our faith.
Let us all turn in our Bibles to Genesis 6:14: “Make yourself an ark of gopherwood; make rooms in the ark, and cover it inside and outside with pitch.” By this passage God is telling us to build the Church with His unchanging Word. Noah had one thing that he absolutely had to do on this earth, and it was to build God’s Church. We can live only if we build Gods’ Church by placing our faith in the never-changing Word of God. We should therefore abide in God’s Church for our own sake.