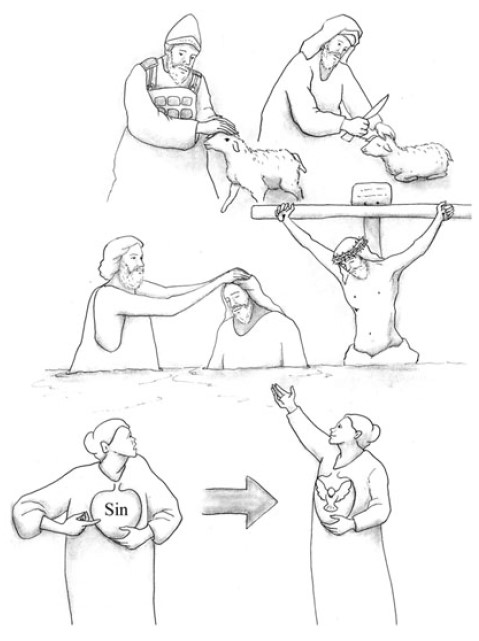 (Matthew 6:12)
“And forgive us our debts,
As we forgive our debtors”
How are you? We just enjoyed watching a special performance of the youth association. Didn’t we have a good time? Brother Jinho Hong is pretty tall, but he stretched himself even further to do his squid dance. You wouldn’t know how much I laughed observing that dance. Truly, our brothers can dance much better than I ever did when I was still a bachelor. Our sisters said that our young brothers are brave.
This church of God is wonderful no matter what we do in it. It is even greater when we sing the praises we have composed and written the lyrics by ourselves. The church of God is so very beautiful and glorious. Don’t you love the church of God? Of course, you do. And if God permits, I believe that we will write even better praise songs. If any of you have good lyrics or songs for praise, please submit them to our senior Pastors. Then, we will make praise songs out of them and sing them together. God will receive great glory through the praises of the born again righteous. When our praise songbook gets too thick, let’s publish a second volume. Right now, we have 21 new songs in it. I would like to see about 50 new songs at our next Discipleship Training Camp. Am I asking for too much? If not, I would like to praise God with about 15 new songs each year.
In this year’s Summer Discipleship Training Camp, we are studying about the Lord’s Prayer together. Today, we will focus on the Word from Matthew chapter 6, verse 12, which says, “And forgive us our debts, As we forgive our debtors.”
If we understand the Word of God only literally, that will be our own ruin. That is because God hid deeper divine meanings in the written Word. Every Word of God is written in letters so that anyone can read it, but to correctly understand it we need to believe in the gospel of the water and the Spirit, which is the key to opening and understanding the Word. Only those who possess this genuine gospel can share the meaning of the Lord’s Prayer correctly by interpreting it properly.
We are studying the Lord’s Prayer, which our Lord has taught us. When we look at the Lord’ Prayer in its literal meaning, we may feel the urge to do something. Hence, when we read today’s Scripture passage, “And forgive us our debts, As we forgive our debtors,” we feel the need to continuously receive the remission of our sins by doing something. Do we really need to continuously receive the remission of our sins? Not at all! True faith is not coming from a mere feeling. If we consider the feelings of our hearts as our true faith, we easily misunderstand and misinterpret the Word of God.
We should know first that the phrase “And forgive us our debts” from today’s Scripture passage does not mean that those who have received the remission of sin in their faith should wash their sins away again. This passage is one of the most misunderstood passages by many people. “If our Lord has really blotted out all our sins, why did our Lord teach in the Lord’s Prayer that we should pray for the forgiveness of our sins?” Like this, many people have misunderstand and wrongly believed in this part of the Lord’s Prayer. Because of such misunderstandings, confusion abounds to almost every Christian.
Does the Word from verse 12 really tell us that we need to continuously receive the remission of our personal sins? No. We can ask ourselves: “It seems that God tells us to pray daily for the forgiveness of our sins. Then, how could we still have sins, if all our sins were taken care of once and for all by believing in the gospel of the water and the Spirit? Our Lord Himself has taught us the Lord’s Prayer. Are there some differences between the Lord’s Prayer and the gospel of the water and the Spirit?”
Most Christians insist that the sins they commit daily should be washed away through daily prayers of repentance. However, it is not so. Because our Lord has remitted all the sins of the world once and for all by receiving His baptism of the water and shedding His blood on the Cross, believers in this gospel have no sin.
Yet, if we misunderstand the Lord’s Prayer, we fall into great confusion again. The faith of those who have received the remission of sin is crumpled at once by those who wrongly believe in the Word of God out of their misunderstandings of it not knowing the gospel of the water and the Spirit. They say that our original sin was remitted through our faith but that our personal sins still remain. However, such is a great error out of their fallacious faith. Because they tried to comprehend the Word of the Bible without the gospel Word of the water and the Spirit, they have fallen into great errors and come to have a wrong faith.

Although We Are All Weak, We Should Forgive Each Other’s Faults within the Faith in the Gospel of the Water and the Spirit

There Are Unforgivable Sins

This Is the Greatest Sin among All Human Sins