[Chapter 9] Moses, Symbol of the Law; Jesus, Incarnation of Grace and Truth; John the Baptist, the Mediator (Mark 9:1-13) 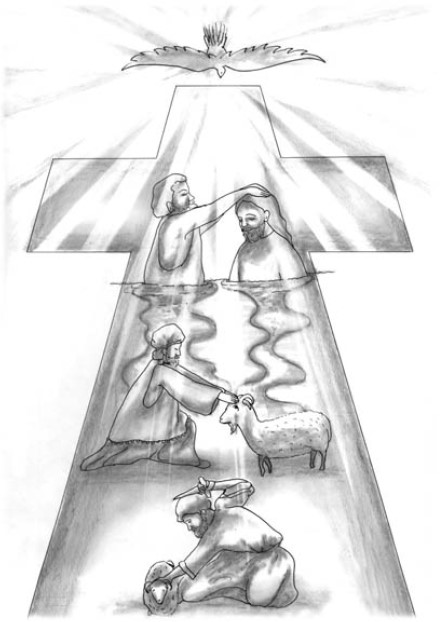 This is what God is teaching us through Mark chapter 9. The representative of the Old Testament is Moses. John 1:17 says, “For the law was given through Moses, but grace and truth came through Jesus Christ.” With the passing of the Mosaic age came the age of Jesus Christ, and the bridge that links these two ages is none other than John the Baptist who came by the heart of Elijah. In Matthew 11:14, the Lord says, “And if you are willing to receive it, he is Elijah who is to come.” Who is this Elijah “to come”? We can find out by turning to Matthew 11:12: “And from the days of John the Baptist until now the kingdom of heaven suffers violence, and the violent take it by force.” In other words, Jesus was saying that this Elijah “to come” was none other than John the Baptist. So, as the bridge that links the Old Testament with the New Testament, Elijah’s role is extremely important.
As you know yourself, Elijah was God’s servant who had delivered the people of Israel from their sin of idolatry. He is the prophet who led the Israelites back to God to believe in Him, and made it possible for them to be saved from their sins. No other prophet in the Old Testament worked as Elijah did. Although Moses received the Law and handed it over to the people of Israel, they broke this Law. In contrast, Elijah was God’s servant who, upon being commanded by God, stood before the idolatrous people of Israel, showed them God’s power that He was alive, and through this led the Israelites back to God and turned their hearts around from idols.
So God said in Malachi 4:5, “Behold, I will send you Elijah the prophet before the coming of the great and dreadful day of the LORD,” promising that He would send Elijah before the last day of wrath. This means that God would send Elijah as His servant who would lead many people living in sin back to God. The Lord said that He would send Elijah, and He also said that this Elijah would come prior to His coming. And according to this Word, John the Baptist had already come in the spirit of Elijah, and yet the people treated this spiritual Elijah very badly.
It is this spiritual Elijah, John the Baptist, who links the Law of the Old Testament with Jesus Christ. John the Baptist is the mediator of mankind. Therefore, the bridge that links the Old Testament and the New Testament is none other than John the Baptist. Without the role that John the Baptist fulfilled in the New Testament as God’s servant, it would have been simply impossible for Jesus Christ to save mankind from sin despite coming to this earth. That’s because in order to save mankind from sin, God had raised John the Baptist to be the representative of mankind and made him pass everyone’s sins onto the body of Jesus, thereby fulfilling His righteousness. God has ensured that man would be saved from sin with understanding. The mystery of being born again does not mean that God worked on the salvation plan of mankind in a way that no one could understand, but He worked in a way that anyone who really fears God and whose heart is ready to receive Him could understand it.
So, just as Elijah had led the people of Israel back to God, God promised that He would send His servant Elijah to us before the coming of the last day of great wrath. John the Baptist came to us according to this promise. Conceived in the body of Elizabeth, the wife of Zacharias from the house of Aaron the High Priest, John the Baptist came six months prior to Jesus Christ, who was born on this earth through the body of the Virgin Mary. This was God’s special providence dispensed to fulfill His righteousness.
Having thus come to this earth, John the Baptist baptized Jesus Christ to pass all the sins of mankind onto Him when He came to the Jordan River at the age of 30. By receiving this baptism from John the Baptist, Jesus Christ bore all the sins of the world. He then carried them all to the Cross, died on it, rose up from the dead in three days, and thereby has saved us all. As John the Baptist baptized Jesus and Jesus received this baptism, all the righteous work of God was fulfilled to save mankind from all sins. That’s how John the Baptist became the mediator of the Old and New Testaments.
The Law says that the wages of sin is death. So everyone had no choice but to die for their sins. That’s because no one can actually keep the Law of God. However, by being baptized and sacrificing His body, Jesus at once paid off all the wages of our sins in our place. As a real estate agent mediates between a seller and a buyer, Jesus fulfilled the mediation of salvation between God and us. It is to make this mediation of salvation possible that John the Baptist passed all the sins of mankind onto Jesus once and for all. That is why the day after baptizing Jesus, when John the Baptist saw Him carrying the sins of the world, he said, “Behold! The Lamb of God who takes away the sin of the world!” John the Baptist bore witness of Jesus Christ as the Savior of mankind who bore on His back the sins of mankind—that is, the sins of the world—and thus he became the mediator between the Old Testament and the New Testament.

We Must Really Understand the Ministry of Elijah