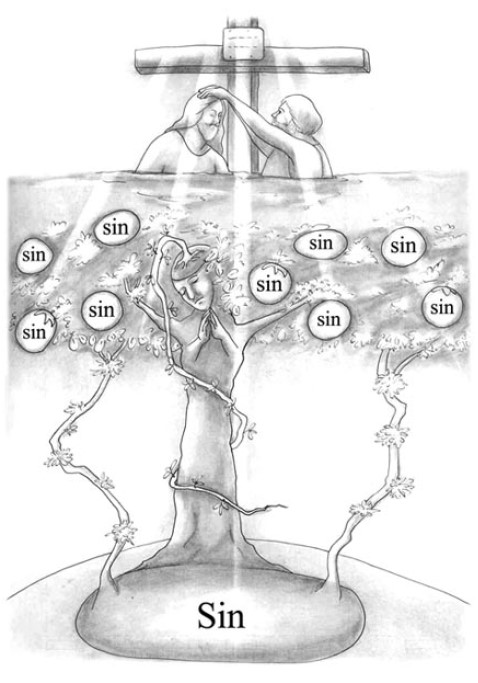 (Mark 15:1-15)
“Immediately, in the morning, the chief priests held a consultation with the elders and scribes and the whole council; and they bound Jesus, led Him away, and delivered Him to Pilate. Then Pilate asked Him, ‘Are You the King of the Jews?’ He answered and said to him, ‘It is as you say.’ And the chief priests accused Him of many things, but He answered nothing. Then Pilate asked Him again, saying, ‘Do You answer nothing? See how many things they testify against You!’ But Jesus still answered nothing, so that Pilate marveled. Now at the feast he was accustomed to releasing one prisoner to them, whomever they requested. And there was one named Barabbas, who was chained with his fellow rebels; they had committed murder in the rebellion. Then the multitude, crying aloud, began to ask him to do just as he had always done for them. But Pilate answered them, saying, ‘Do you want me to release to you the King of the Jews?’ For he knew that the chief priests had handed Him over because of envy. But the chief priests stirred up the crowd, so that he should rather release Barabbas to them. Pilate answered and said to them again, ‘What then do you want me to do with Him whom you call the King of the Jews?’ So they cried out again, ‘Crucify Him!’ Then Pilate said to them, ‘Why, what evil has He done?’ But they cried out all the more, ‘Crucify Him!’ So Pilate, wanting to gratify the crowd, released Barabbas to them; and he delivered Jesus, after he had scourged Him, to be crucified.”
Today we have just read the Gospel of Mark chapter 15 verses 1 to 15. As you see in today’s Scripture passage, Jesus was experiencing a trial in Pilate’s courtyard. It is written that the chief priests, elders, scribes as well as the Jewish council brought Jesus to account and handed Him over to Pilate.
During the ministry of Jesus, the Jewish religious leaders, especially the Pharisees, hated Him very much. In their eyes, Jesus looked so humble but because He claimed to be the Son of God and the Messiah and performed many miracles that befitted the name, they were displeased with Him. As a matter of fact, numerous people became healed and received favor through His miracles as they followed Him. They were also greatly comforted by His holy messages in a time of great suffering. But despite all this it became a political issue that led to Jesus’ death.
As you all know, Israel of those days was a Roman colony. They were under the same situation as Koreans were, who were suffering under the Japanese occupation during 1910~1945 A.D. During the Japanese colonial rule, Japan naturalized Korean people under the unification policy and enslaved Korean people. They reigned over Koreans and treated our ancestors as slaves unless they were pro-Japanese. They even drafted many Korean girls as comfort women for their soldiers.
Likewise, Israel became a part of the huge Roman Empire as its colony. The Roman Empire sent Pilate as a governor of Judea because they were afraid that the independent movement of the Israelites might try to elect its own leader and free their country’s enslavement. They were most worried and dreaded this thought. They were especially worried that Jesus could be this person and carried out what they had been dreading because He was being called “the King of the Jews” and was followed by so many people. This was a problem not only to the Roman Authorities but also to the religious leaders of Israel such as the chief priests, scribes and the Pharisees. People liked Jesus more than these religious leaders and Jewish teachers, so more people followed Jesus than any other religious leaders.
Hence, the name of Jesus was known to everyone in and outside of Israel, which became a big problem for them. The chief priests and the leaders of Israel in particular were displeased with this fact. Even to the scribes, public servants, the Pharisees and other religious leaders, Jesus stuck out like a sore thumb. There was nothing strange about them being so hateful of Jesus because they used to be held in the highest respect before Jesus showed up but they came to lose this respect and fame completely.

Jesus Really Came to Save Sinners

Jesus had nothing desirable in the eyes of those who previously were respected by the public when a man named Jesus showed up. The Bible also writes about His appearances as such:
“For He shall grow up before Him as a tender plant,
And as a root out of dry ground.
He has no form or comeliness;
And when we see Him,
There is no beauty that we should desire Him” (Isaiah 53:2). According to this passage, He might be tall, but other than this there was not much to admire. But when the Jewish religious leaders saw a huge crowd following Jesus and praising Him shouting out “Hosanna,” they were afraid their Jewish religion would collapse because of Him. The Israelites used to abide by the Law but they became even more legalistic as they had a new religious leader to contend with; and now they were afraid of losing their positions. The same was true outwardly. Even the huge Roman Empire was worried that there would be a riot around Jesus against Rome.
For this reason the religious leaders at that time did not like Jesus and they eventually brought fake charges against Him before Pilate, saying, “This man claims to be a king and has a lot of followers, which might be a threat to the Roman Empire by starting an independence movement.” Pilate saw through these Jewish leaders’ fake charges for he knew that Jesus was not the type of person who would stir up the public. If Jesus was such a criminal, He should have a menacing look, but He looked very meek and gentle.
The Jewish leaders accused Jesus with all kinds of made-up crimes saying, “He not only claimed to be the king of the Jews but He also tried to start a riot and rebel against the Roman Empire,” but in the eyes of Pilate Jesus was not such a person. Pilate gave Jesus a chance to defend Himself saying, “These people are accusing You of so many crimes, are they not? Why don’t You defend Yourself and say something?” but Jesus remained quite. Pilate was marveled at Him. Common men would accuse the plaintiff back or make excuses for their charges. But Jesus did not fight back even when He was so wrongly accused.
As we all know, Jesus chose to be crucified to pay for all our sins on the Cross because He took over the sins of the world when He was baptized by John the Baptist. He never ever dreamt to be a political king or a religious leader by stirring up the public. He had no desire to build a new religion and become its leader. Since Jesus Christ, who is God Himself, came to this earth to save all people from sins, He stood in the courthouse of Pilate to fulfill His mission. That is why He did not answer Pilate.
Brothers and sisters, every country has its own traditional holidays. Each country has special laws to discharge criminals on holidays. As you may all know, our country also practices a special pardon by the President to release some criminals on holidays. Israel was about to celebrate a holiday called Passover. This holiday was to commemorate the day of the Exodus out of Egypt, and it was one of the biggest holidays in Israel. So there was a tradition to release a criminal on every Passover. People who gathered in the courthouse asked Pilate to release a prisoner according to their custom. They tried to persuade the governor to do so, saying, “It has been custom to release a prisoner on every Passover, so should you not do the same?”
Then Pilate said, “Do you want me to release to you the so-called king of the Jews?”
“No!”
“Then whom do you want me to release to you?”
“Give us Barabbas.”
Barabbas was an infamous murderer, who led a riot and started a rebellion against the Roman Empire. He convinced the people and did things very much like robbery, by setting fires; recruited soldiers to rise up against the Roman Empire. He was a very brutal man compared to Jesus. But the public said something totally unexpected when they were asked if they wanted Jesus to be released to them. They rather shouted loudly, “Crucify Jesus, who claims to be the king of the Jews. Give us Barabbas instead.”
Pilate decided to satisfy the crowd, so he released Barabbas and scourged Jesus and delivered Him to be crucified. Pilate finally gave in to the voice of this mad crowd.

Why Did Jesus Stand in Pilate’s Courthouse as a Sinner and Why Was He Crucified?

The people’s accusations were not totally incorrect. Jesus did call Himself the King of Israel. Pilate asked Him, “Are You the King of the Jews?” He answered and said to him, “It is as you say” (Mark 15:2). When Pilate heard people accusing Jesus by claiming to be the king of the Jews, Pilate asked Him if this was true.
“It is as you say.” The Lord plainly admitted it.
He was found guilty at that very moment. It was logical for the Israelites to say, “The Jews have only one king, the Roman Emperor. How can they have another king? He is a rebel and deserves death. He needs to be executed.” Even though Jesus admitted to it by saying, “It is as you say,” Pilate already knew the real picture. We also know who was telling the truth once we get to meet the person face to face. As soon as he saw Jesus, he knew that Jesus was not the type of person who would start a riot or rebellion.
Politicians listen to the public to gain their popularity. At that time Pilate was the governor of Israel, and he was in a situation where he could not turn down the requests of their hearts. He had to please the crowd who were shouting to release Barabbas as well as the Roman Emperor who had appointed him as the governor of Israel. That’s why he handed Jesus over to be crucified and released Barabbas instead even though he did not think He was guilty.

What Does It Mean That Jesus Died for a Brutal Criminal Like Barabbas?