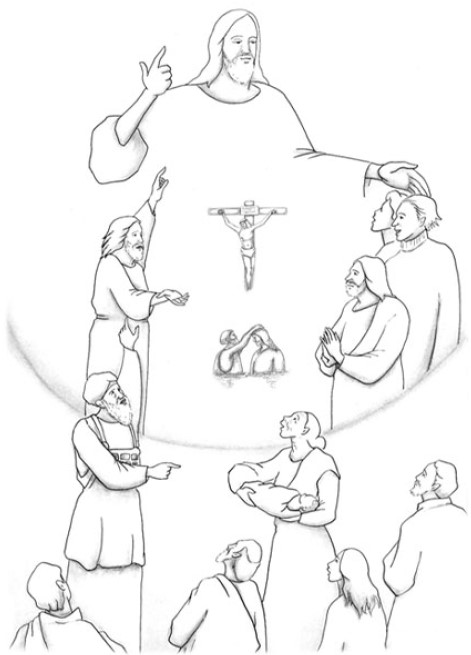 (Luke 1:67-80)
“Now his father Zacharias was filled with the Holy Spirit, and prophesied, saying: ‘Blessed is the Lord God of Israel, For He has visited and redeemed His people, And has raised up a horn of salvation for us In the house of His servant David, As He spoke by the mouth of His holy prophets, Who have been since the world began, That we should be saved from our enemies And from the hand of all who hate us, To perform the mercy promised to our fathers And to remember His holy covenant, The oath which He swore to our father Abraham: To grant us that we, Being delivered from the hand of our enemies, Might serve Him without fear, In holiness and righteousness before Him all the days of our life. And you, child, will be called the prophet of the Highest; For you will go before the face of the Lord to prepare His ways, To give knowledge of salvation to His people By the remission of their sins, Through the tender mercy of our God, With which the Dayspring from on high has visited us; To give light to those who sit in darkness and the shadow of death, To guide our feet into the way of peace.’ So the child grew and became strong in spirit, and was in the deserts till the day of his manifestation to Israel.”

Zachariah and Elizabeth―Parents of John the Baptist

Do You Still Think John’s Role Wasn’t So Meaningful?

We Must Receive Jesus As Our Savior