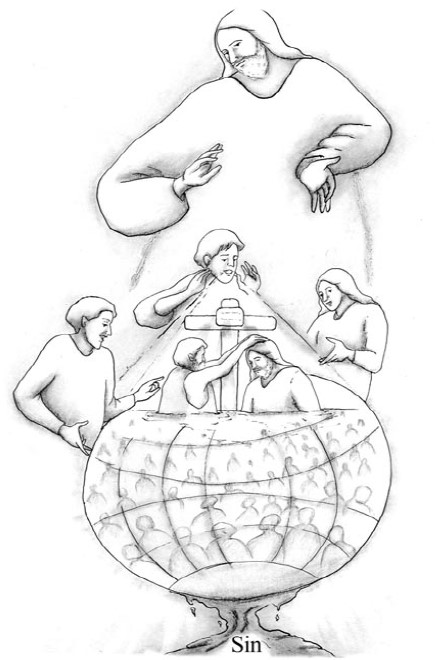 (Luke 4:16-30)
“So He came to Nazareth, where He had been brought up. And as His custom was, He went into the synagogue on the Sabbath day, and stood up to read. And He was handed the book of the prophet Isaiah. And when He had opened the book, He found the place where it was written: ‘The Spirit of the LORD is upon Me, Because He has anointed Me To preach the gospel to the poor; He has sent Me to heal the brokenhearted, To proclaim liberty to the captives And recovery of sight to the blind, To set at liberty those who are oppressed; To proclaim the acceptable year of the LORD.’ Then He closed the book, and gave it back to the attendant and sat down. And the eyes of all who were in the synagogue were fixed on Him. And He began to say to them, ‘Today this Scripture is fulfilled in your hearing.’ So all bore witness to Him, and marveled at the gracious words which proceeded out of His mouth. And they said, ‘Is this not Joseph’s son?’ He said to them, ‘You will surely say this proverb to Me, ‘Physician, heal yourself! Whatever we have heard done in Capernaum, do also here in Your country.’’ Then He said, ‘Assuredly, I say to you, no prophet is accepted in his own country. But I tell you truly, many widows were in Israel in the days of Elijah, when the heaven was shut up three years and six months, and there was a great famine throughout all the land; but to none of them was Elijah sent except to Zarephath, in the region of Sidon, to a woman who was a widow. And many lepers were in Israel in the time of Elisha the prophet, and none of them was cleansed except Naaman the Syrian.’ So all those in the synagogue, when they heard these things, were filled with wrath, and rose up and thrust Him out of the city; and they led Him to the brow of the hill on which their city was built, that they might throw Him down over the cliff. Then passing through the midst of them, He went His way.”

Are You Saying Jesus Is God?

We Must Learn about the Righteousness of Jesus Correctly

“And you shall know the truth, and the truth shall make you free” (John 8:32). This is the basics of faith and the backbone of faith. This is the backbone of Christian faith. Our spiritual life of faith is over if we do not know this clearly. We cannot know and believe in Jesus just by professing, “I believe in Jesus the Son of God the Father.” We must believe with clear understanding that Jesus is God. The Scriptures says, “He was in the world, and the world was made through Him.” As this Word tells us, the entire universe was crated by Jesus. You and I were also created by Jesus.
Jesus who created us came to this world for a short while in human flesh to save us when we fell into sin, and actually saved us from sins. Then He ascended to Heaven again after saving us through the gospel of the water and the Spirit perfectly. We must believe with clear understanding of the ministry of salvation Jesus, God the Creator, had done.
Do you know the reason why so many theologians throughout the entire world and so many Christian pastors and believers do not bear the fruit of faith and come under the curse of sin? It is because they do not know and believe clearly that Jesus is God. They try so hard from their standpoint because they do not have such faith; but all their efforts are done in vain. Therefore, you and I must believe with clear understanding through today’s Scripture passage that Jesus is God the Creator and also our Savior. The Lord revealed some of His Deity through today’s Scripture passage.
Humans can never be God. A human can never be God no matter how he pretends to be holy and spiritual. All those people who purport to believe in Jesus but do not smell like a human, people who deify himself or herself, are all of cults. Even among the pastors and ministers, if anyone does not smell like a human, then he is demon-possessed or clearly of a cultic sect. They are 100% hypocritical people. However, many people in this era are deceived by such people, saying, “He is so holy.” Would it be good if a pastor became a god of mountains? A pastor who is like a god of mountains is not a pastor. He is just a swindler, not a servant of God.
Jesus is God. Jesus is God who created the universe. Do you believe Jesus is God? Do you believe Jesus is God who created this universe? Jesus is God who created the universe and created each one of us. He is God Almighty who saved us perfectly from sins. Furthermore, this Jesus has become our God, our Savior, our Shepherd, our Friend, and our Groom. Jesus is our groom spiritually and He is our all because He will take us to the Lord’s Kingdom and live with us eternally.
Jesus is perfect because He is God. He is absolutely perfect. We must know this aspect clearly and also believe it. All of us must become true Christians who believe in God with our hearts, and not just with our head.
Terms and Conditions Privacy Policy Cookie Declaration Contact Us