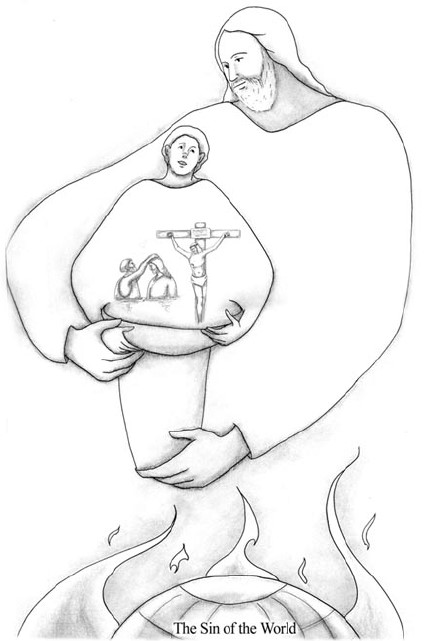 (Luke 5:1-11)
“So it was, as the multitude pressed about Him to hear the word of God, that He stood by the Lake of Gennesaret, and saw two boats standing by the lake; but the fishermen had gone from them and were washing their nets. Then He got into one of the boats, which was Simon’s, and asked him to put out a little from the land. And He sat down and taught the multitudes from the boat. When He had stopped speaking, He said to Simon, ‘Launch out into the deep and let down your nets for a catch.’ But Simon answered and said to Him, ‘Master, we have toiled all night and caught nothing; nevertheless at Your word I will let down the net.’ And when they had done this, they caught a great number of fish, and their net was breaking. So they signaled to their partners in the other boat to come and help them. And they came and filled both the boats, so that they began to sink. When Simon Peter saw it, he fell down at Jesus’ knees, saying, ‘Depart from me, for I am a sinful man, O Lord!’ For he and all who were with him were astonished at the catch of fish which they had taken; and so also were James and John, the sons of Zebedee, who were partners with Simon. And Jesus said to Simon, ‘Do not be afraid. From now on you will catch men.’ So when they had brought their boats to land, they forsook all and followed Him.”

The Lord Knew Everything about His Disciples

When we look at the Word from the Gospel of Luke chapter 5 here, we can see Jesus stood by the Lake of Gennesaret and saw that a few men, who became His disciples later, came out from a boat and were washing their net. Jesus got on the boat and Peter, who met the Lord here, became a disciple of the Lord. Simply put, the point of today’s Word is that the Lord works in times when we humans feel very distressed and powerless. We can see that the Lord comes to our lives and meets us with His precious Word when we are facing difficulties in our lives, and we have exhausted all our strength and we just cannot go on living with our own strength anymore, rather than when we are doing well. The Lord actually knew everything about His disciples. He knows our heritage and He knows what kind of person we are. Jesus knows everything about us humans because He is the very God who created us. Jesus Christ is God who knows the deepest things that even we do not know.
The field of genetic engineering has developed so much now that they analyze the DNA when a new child is born. Then, they claim to know what sickness that child will be stricken with, when he will die, and whether this child will be healthy or not and so on. They claim to know almost everything about a person’s physical life through the study of the person’s genetic map. But common people like us cannot interpret even a tiny portion of such a genetic map.
However, Our Lord knows everything about us, including our genetic maps. He really knows everything about us. First, the Lord knows all about our weaknesses. He also knows that we were born with sin from birth and that we commit sin throughout our life because of this. Our Lord knows everything about us because He is God who created us.
In addition, the Lord who knows everything about us comes to us personally when we are facing a difficult situation. God comes to us, the wretched people, personally and works in us with His Word. Then what do we do when the Lord comes to us like that? As the Apostle Peter said, “Depart from me, for I am a sinful man, O Lord!” In the presence of the Lord after meeting the Lord, we acknowledge that we cannot stay close to the Lord because of our shortcomings when we stand before Him. One really can see very clearly his weak self that is totally exposed because every hidden sin is revealed and there is nothing that can be hidden when one stands before the presence of the Lord.
Our Lord knows everything about us; He knows what sinners we really are and what kind of people we are; and He is the Lord who resolves all our problems as well. Because the Lord knows everything about us, He makes us know about all our sins. By resolving all those sins through the baptism and the Cross, He blesses us to be His workers who do the righteous work before the presence of the God. I am so thankful for the fact that the Lord knows everything about us. I am also thankful because the Lord met us and saved us by resolving all our problems of sins through the baptism He received and the blood He shed on the Cross. The Lord made us God’s precious workers. We can only testify that the Lord’s grace is so great and so amazing, and give thanks to the Lord. I cannot but give sincere thanks to the Lord.
Here in today’s Scripture passage, the Apostle Peter said, “Depart from me, for I am a sinful man, O Lord!” Before meeting Jesus, the future disciples of Jesus actually let the net down all night long since early evening in order to catch fish. They let the net down all night long and then pulled up the net at early dawn. However, they did not catch any fish. They worked all night long, but the net was empty. As they sat there discouraged and dejected, Jesus got on the boat and said, “Launch out into the deep and let down your nets for a catch.” Then, Simon the Peter said, “Master, we have toiled all night and caught nothing; nevertheless at Your word I will let down the net,” and they let down the net and they caught so many fish. Peter, who saw God’s work like this said to Jesus, “Depart from me, for I am a sinful man, O Lord!”