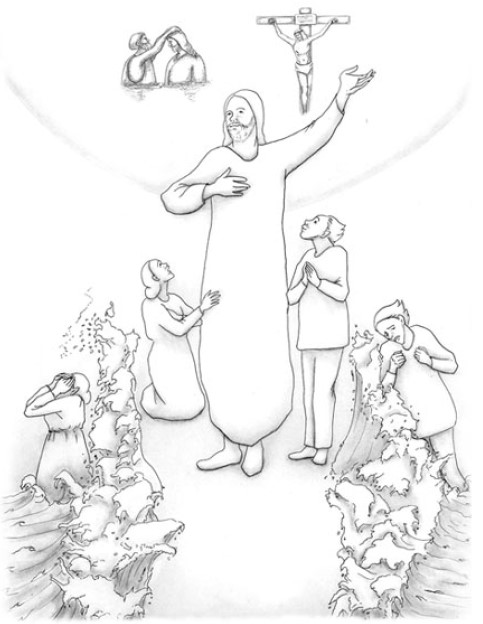 (Luke 8:40-48)
“So it was, when Jesus returned, that the multitude welcomed Him, for they were all waiting for Him. And behold, there came a man named Jairus, and he was a ruler of the synagogue. And he fell down at Jesus’ feet and begged Him to come to his house, for he had an only daughter about twelve years of age, and she was dying. But as He went, the multitudes thronged Him. Now a woman, having a flow of blood for twelve years, who had spent all her livelihood on physicians and could not be healed by any, came from behind and touched the border of His garment. And immediately her flow of blood stopped. And Jesus said, ‘Who touched Me?’ When all denied it, Peter and those with him said, ‘Master, the multitudes throng and press You, and You say, ‘Who touched Me?’’ But Jesus said, ‘Somebody touched Me, for I perceived power going out from Me.’ Now when the woman saw that she was not hidden, she came trembling; and falling down before Him, she declared to Him in the presence of all the people the reason she had touched Him and how she was healed immediately. And He said to her, ‘Daughter, be of good cheer; your faith has made you well. Go in peace.’”

Was She Healed of Her Flow of Blood?