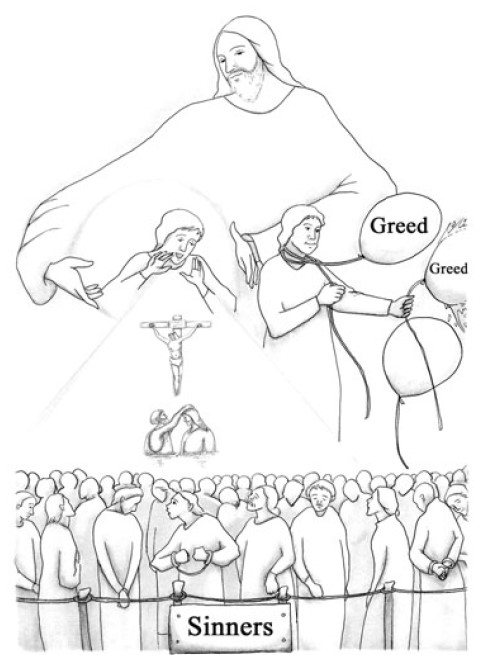 (Luke 12:13-34)
“Then one from the crowd said to Him, ‘Teacher, tell my brother to divide the inheritance with me.’ But He said to him, ‘Man, who made Me a judge or an arbitrator over you?’ And He said to them, ‘Take heed and beware of covetousness, for one’s life does not consist in the abundance of the things he possesses.’ Then He spoke a parable to them, saying: ‘The ground of a certain rich man yielded plentifully. And he thought within himself, saying, ‘What shall I do, since I have no room to store my crops?’ So he said, ‘I will do this: I will pull down my barns and build greater, and there I will store all my crops and my goods. And I will say to my soul, ‘Soul, you have many goods laid up for many years; take your ease; eat, drink, and be merry.’’ But God said to him, ‘Fool! This night your soul will be required of you; then whose will those things be which you have provided?’ ‘So is he who lays up treasure for himself, and is not rich toward God.’ Then He said to His disciples, ‘Therefore I say to you, do not worry about your life, what you will eat; nor about the body, what you will put on. Life is more than food, and the body is more than clothing. Consider the ravens, for they neither sow nor reap, which have neither storehouse nor barn; and God feeds them. Of how much more value are you than the birds? And which of you by worrying can add one cubit to his stature? If you then are not able to do the least, why are you anxious for the rest? Consider the lilies, how they grow: they neither toil nor spin; and yet I say to you, even Solomon in all his glory was not arrayed like one of these. If then God so clothes the grass, which today is in the field and tomorrow is thrown into the oven, how much more will He clothe you, O you of little faith? And do not seek what you should eat or what you should drink, nor have an anxious mind. For all these things the nations of the world seek after, and your Father knows that you need these things. But seek the kingdom of God, and all these things shall be added to you. Do not fear, little flock, for it is your Father’s good pleasure to give you the kingdom. Sell what you have and give alms; provide yourselves money bags which do not grow old, a treasure in the heavens that does not fail, where no thief approaches nor moth destroys. For where your treasure is, there your heart will be also.’”

Do Not Worry Saying, “What Shall We Eat or Drink?”

Could Something Impossible Be Accomplished Just by Worrying?

However, We Must Escape from Materialistic Thinking

The Lord Has Become the True Treasure for You and Me