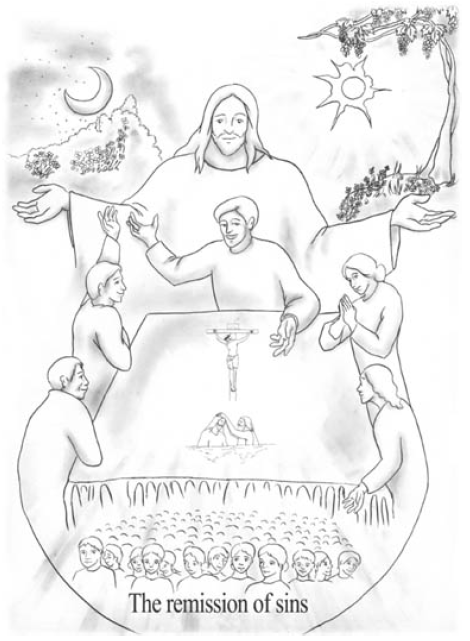 (Hebrews 1:1-3)
“God, who at various times and in various ways spoke in time past to the fathers by the prophets, has in these last days spoken to us by His Son, whom He has appointed heir of all things, through whom also He made the worlds; who being the brightness of His glory and the express image of His person, and upholding all things by the word of His power, when He had by Himself purged our sins, sat down at the right hand of the Majesty on high.”
We are not only learning the Word of God through our Mission School, but we are also learning to serve the gospel by uniting ourselves together with one accord within the order Christ Jesus has established in His Church. We learn how to pray and also trained to have strong faith and to obey the order of God’s world in this Mission School; and we can also fill the weak areas of our heart with the Word of God’s Truth. Through such training courses we can stand firmly by faith and attain the ability to fight the enemy after being born again as the true servants of God.
I give thanks to God for allowing us this Mission School. I also give thanks to God for giving you and me the opportunity to serve the Lord and training us. I am always preaching the gospel with such a heart in our country and abroad. You don’t need to take notes on all the contents of the sermon I am preaching to you. You just need to be attentive to the parts that I point out repeatedly because I think they are important. And it would be beneficial for you to listen to my sermon tapes repeatedly on the parts that you are not sure about.
During this Mission School session, I would like to deal with what the Lord wanted to tell us from His Word from the Book of Hebrews. The book of Hebrews is an Epistle to the Hebrews written by a servant of God. It was during the patristic age, and the Israelites were dispersed all over the known world at that time due to the persecution of the Romans. For this reason they could not meet any spiritual leader, and this was the reason why the servant wrote the Epistle. Besides the Four Gospels and the Book of Acts, all the Books of the New Testament were a collection of Epistles that some servant of God had sent to His saints in such historical context. You must first understand this historical background.

God the Father Spoke to Us by the Son