[Chapter 1-2] The Word of Salvation Testified at Various Times And in Various Ways (Hebrews 1:1-3) 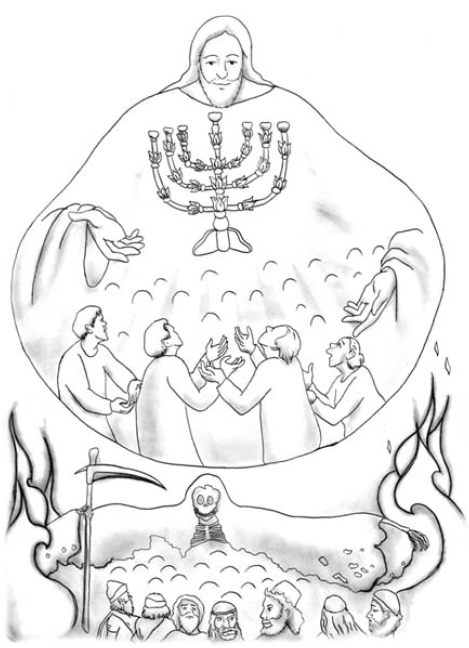 (Hebrews 1:1-3)
“God, who at various times and in various ways spoke in time past to the fathers by the prophets, has in these last days spoken to us by His Son, whom He has appointed heir of all things, through whom also He made the worlds; who being the brightness of His glory and the express image of His person, and upholding all things by the word of His power, when He had by Himself purged our sins, sat down at the right hand of the Majesty on high.”
The Book of Hebrews shows us in diverse ways how the prophets were able to endure, and overcome, persecution. So, when we study the Book of Hebrews, we can learn about the overall contours of the Bible, both from the New and the Old Testaments. The Book of Hebrews is therefore very important, but unfortunately what most people remember from Hebrews is basically just chapter 11, which describes the people of faith. However, the reason why the Book of Hebrews is so indispensable to us is because it was written for the Jews who had converted to Christianity.
In other words, most of them were strong followers of Judaism who came to realize that Jesus Christ was in fact their Savior; accepted Him by faith, and were thus saved. Due to the fact that they were still confused with their old faith, the messages in Hebrews should be considered very important to us today also. With respect to what we have accepted, although we testify that we believe in Jesus, the question remains whether or not Jesus is really our personal Lord and God. Put differently, the Book of Hebrews is the precious Word of God that enables us to realize the Lord is indeed our Savior and that He has solved away the problem of all our sins, rather than believing in Jesus just because others believe in Him and it demonstrates the preeminence of Jesus Christ.
Just as there were converts from Judaism to Christianity, in this age also, there are many people who have converted to Christianity from another religion. Rather than attending church merely out of habit or duty and saying with empty words that Jesus is our Savior, we should realize that our souls need to make a sincere encounter with God in a concrete way through the gospel Word of the water and the Spirit, and that we need to make an earnest confession of faith to say that Jesus Christ is indeed our Savior.
As such, I believe the gospel of the water and the Spirit is something that must be found individually, heard with the ears, and accepted into the heart. This is why the Book of Hebrews is such an important Epistle for this age. It is the Epistle of confirmation that enables us to encounter the righteousness of the Lord in a personal way. But the Jews faced barriers when they sought to believe in Jesus. First of all, they had to recognize that Jesus was the very Messiah promised to them as prophesied about in the Old Testament.
I am sure this Epistle of Hebrews will be very beneficial to us, for it clearly sheds light on how Jesus is our Savior, how He has truly saved us, how He has delivered us from all our sins completely, how He has made us His children, how He has brought the Holy Spirit to dwell in our hearts, how He will send us the believers in the gospel of the water and the Spirit to Heaven, and how He made us His very own sons and daughters.
I did some comprehensive Bible studies on the Book of Hebrews while I was staying in Sokcho, and I am grateful that I now have another chance to study it again. This Epistle of Hebrews was really addressed to the Jewish Christians who believed in Jesus Christ as their Savior. Let’s now examine how the servant of God admonished the Jewish Christians who believed in Jesus as their Savior and who were dispersed abroad.

Let’s Get into the Scriptures Together

If You Are Still Shrouded in Doubts and Believe in Jesus as Your Savior According to Your Own Notions, Your Faith Is a Mere Religious Faith