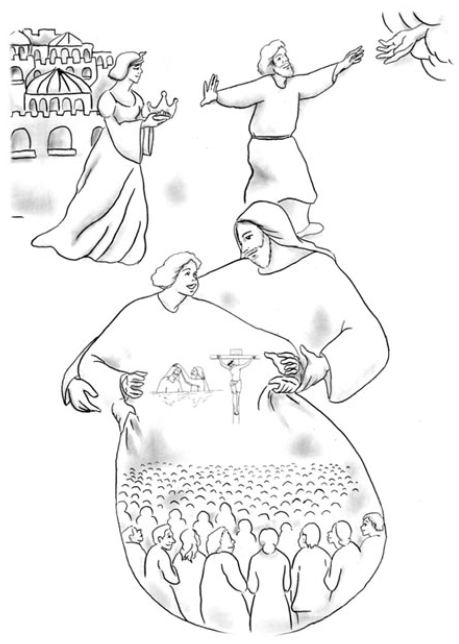 (Hebrews 11:1-5)
“Now faith is the substance of things hoped for, the evidence of things not seen. For by it the elders obtained a good testimony. By faith we understand that the worlds were framed by the word of God, so that the things which are seen were not made of things which are visible. By faith Abel offered to God a more excellent sacrifice than Cain, through which he obtained witness that he was righteous, God testifying of his gifts; and through it he being dead still speaks. By faith Enoch was taken away so that he did not see death, ‘and was not found, because God had taken him’; for before he was taken he had this testimony, that he pleased God.”
Autumn is now upon us and the crickets have begun singing, cicadas are chirping, and this season has come inside our doorsteps. Once we have finished our summer training conference the weather will have become cooler and refreshing. It would have been difficult if we only had one hot and humid summer season all year round; but it is nice that we have autumn, and also winter and spring and that is wonderful. Our faith also has its seasons and it’s great that we experience such variations. God, through this, gives us much wisdom, intelligence, and blessings. When we lack things or have worries, I believe the Lord will give us what we need and resolve these situations for us when we pray and seek the Lord who is on the side of the righteous.
The righteous live with many blessings by believing in the righteousness of God. If we attain the faith of knowing and believing in the righteousness of God, we will receive many blessings from God, become successful, because we can do many righteous things, and also by doing this we can benefit many people. And we hereby give glory to God for this truth. Therefore, it is very important for us to live by the faith of believing in the righteousness of God. It is absolutely necessary for us to have such a heart of faith. We must do all things by faith for the rest of our lives while preaching the gospel of the water and the Spirit and serving it.

Now Faith Is the Substance of Things Hoped for